For the second quarter of FY20, ZEEL reported consolidated revenue of Rs. 21,220 million. Earnings Before Interest, Tax, Depreciation and Amortization (EBITDA) was Rs.6,929 million with an EBITDA margin of 32.7%. PAT for the quarter was Rs. 4,132 million. 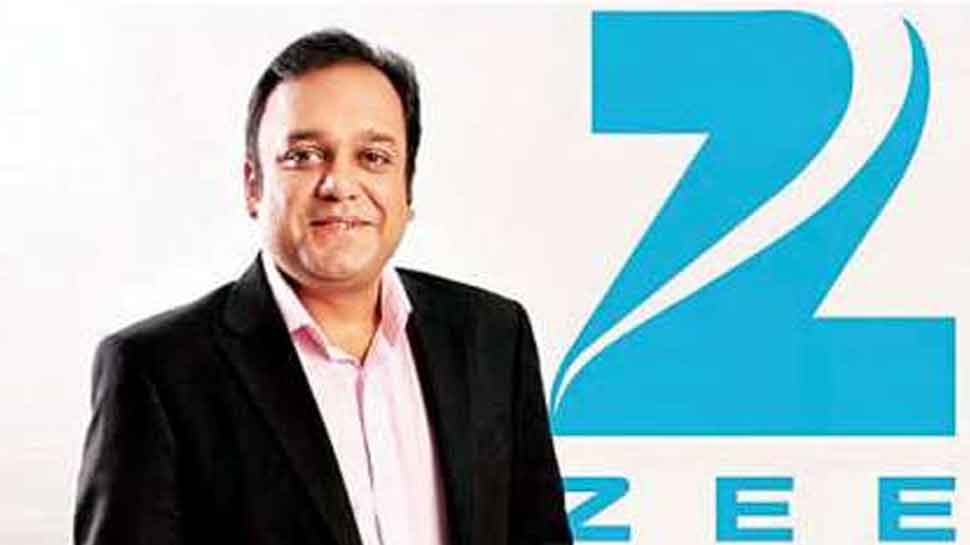 NEW DELHI: The Board of Directors in its meeting held on Friday approved and took on record the unaudited consolidated financial results of Zee Entertainment Enterprises Limited (ZEEL) (BSE: 505537, NSE: ZEEL.EQ) and its subsidiaries for the quarter ended September 30, 2019.

For the second quarter of FY20, ZEEL reported consolidated revenue of Rs. 21,220 million. Earnings Before Interest, Tax, Depreciation and Amortization (EBITDA) was Rs.6,929 million with an EBITDA margin of 32.7%. PAT for the quarter was Rs. 4,132 million.

Total revenue for the quarter was Rs. 21,220 million, growth of 7.4% YoY. The growth was driven by the strong performance of domestic broadcast and digital businesses.

EBITDA (Earnings Before Interest, Tax, Depreciation and Amortization) for the quarter grew by 2.5% to Rs. 6,929 million and EBITDA margin stood at 32.7%.

ZEE5 recorded a peak DAU (Daily Active User) base of 8.9mn in the month of September.

ZEEL's television network had an all-India viewership share of 18.4% during the quarter.

Mr Punit Goenka, Managing Director and CEO, ZEEL, commented, “I am pleased with the performance we have exhibited during the quarter. Our entertainment portfolio continues to grow from strength to strength across all formats and maintained its leading position. Our television network has emerged stronger post the implementation of tariff order on the back of a strong customer connect and brand pull of its channels. ZEE5 continued to gain traction across audience segments and markets, driven by its compelling content library and expanding the list of partnerships across the digital eco-system.

This strong operating performance allowed us to deliver industry-leading growth in both advertising and subscription despite the tough macro-economic environment. Domestic subscription growth of 27% has reaffirmed the value proposition our television network has built over the years. The impact of tariff order has now largely settled down and has brought increased transparency along with improved monetization. Our domestic advertising revenue growth, though significantly lower than historical trend, is higher than the industry growth. We have witnessed an improvement in ad spends through the quarter and we believe that the onset of festive season along with measures taken by the government will help revive the consumption growth.”

During 2QFY20, our television network had an all-India viewership share of 18.4%. While we have maintained our viewership share in the Hindi GEC segment, the network continues to strengthen its position the Hindi movie cluster and Regional portfolio.

Our channels have seen strong acceptance across markets under the new tariff regime, especially in the regional markets. Reach of all the pay channels had been impacted during the implementation of new tariff order. In the regional markets, there has been a strong revival of reach post the disruption in the early days of the NTO, and in almost all these markets, recovery in reach has been better than competition.

Zee TV was the #2 channel in the pay Hindi GEC segment, led by leadership in the core weekday primetime viewership band. Our strong movie library helped further consolidate our #1 position in the pay Hindi movie genre, recording its highest ever viewership share.

Our regional portfolio continued to gain traction across markets during the quarter. We maintained a leadership position in the Marathi, Bangla and Kannada markets. While Zee Tamil and Zee Telugu witnessed a marginal decline in overall viewership due to high impact non-fiction shows launched by competition, the channels have maintained their share in the fiction genre. Zee Keralam, continued to gain share in the Malayalam market led by the performance of fiction shows, reaching 8% viewership share in less than a year of launch. Our portfolio of regional movie channels – Zee Talkies, Zee Bangla Cinema and Zee Cinemalu continued to perform strongly. We continue to be on track for the launch of new regional channels, in line with our plans.

ZEE5, one of India's leading digital entertainment platform, continued to delight its audience with exciting and innovative content.

ZEE5 recorded a peak DAU (Daily Active User) base of 8.9mn in September'19

ZEE5 continues to be the biggest producer of digital original content in India. Further strengthening its position during the quarter, ZEE5 launched 23 original shows and movies, of which 13 were in regional languages. While shows like Rejctx were targeted at millennials and early adopters of OTT, TV spin-off shows like Ishq Aaj Kal and Jamai 2.0 were created to leverage the huge AVOD user base and drive them towards becoming paid subscribers. During the quarter, we entered into a content co-production deal with one of India's leading production houses, putting us in the pole position for original content line up.

As part of this deal, 3 Hindi shows were released in the month of September, increasing the pace of expansion of original content library. ZEE5 also premiered 52 movies across languages, making it the default destination for an audience seeking premium content.

To strengthen its proposition to advertisers, ZEE5 launched 5 ad-suite products – Ampli5, Ad Vault, Infonomics, Play5 and Wish Box. These products will allow ZEE5 to offer wide-ranging and customized advertising solutions to brands. It will help ZEE5 cater to a wider advertiser base and create deeper partnerships.

ZEE5 is one of the most widely available entertainment platforms across telcos, OEMs, ISPs, and e-commerce platforms. During the quarter, ZEE5 entered into partnerships with TataSky Binge, IRCTC, OYO, Flipkart Coins and several other players in the digital eco-system. It is also available as a pre-installed app on select Samsung smartphones. Tapping one of the fastest-growing Smart TV ecosystems with presence across 45 brands and comprehensive delivery across all Operating Systems gives ZEE5 an added advantage in distribution. Along with increasing reach, ZEE5 is gearing up to launch a renewed platform with a new UI/UX and additional functionalities on both app and web this quarter.

ZEE5's international expansion initiatives witnessed a strong traction in APAC and MENA markets of Sri Lanka, Bangladesh, Dubai and UAE. A mix of high-decibel launch campaigns and ground connect events has helped ZEE5 attract an audience looking for quality Indian content. To maximize reach and revenue, ZEE5 is partnering with local telcos and content distributors in these countries. ZEE5 won the 'Digital Content Service of The Year' at the Telecoms World Middle East Awards 2019, Dubai, one of the most prestigious awards in the region.

Zee Studios, our movie production and distribution business, produced Pal Pal Dil Ke Paas (Hindi) and Surkhi Bindi (Punjabi) and distributed 2 movies in India. In addition, 6 films across 3 languages were distributed in the international territories during the quarter.

Zee Live hosted Russel Peters for the second season of Supermoon Comic with shows across Pune, Hyderabad and Ahmedabad. The upcoming events under Zee Live will see new IPs targeted at kids and an extension of Supermoon format to music events.