Punit Goenka will continue as the Managing Director and Chief Executive Officer of the merged entity. 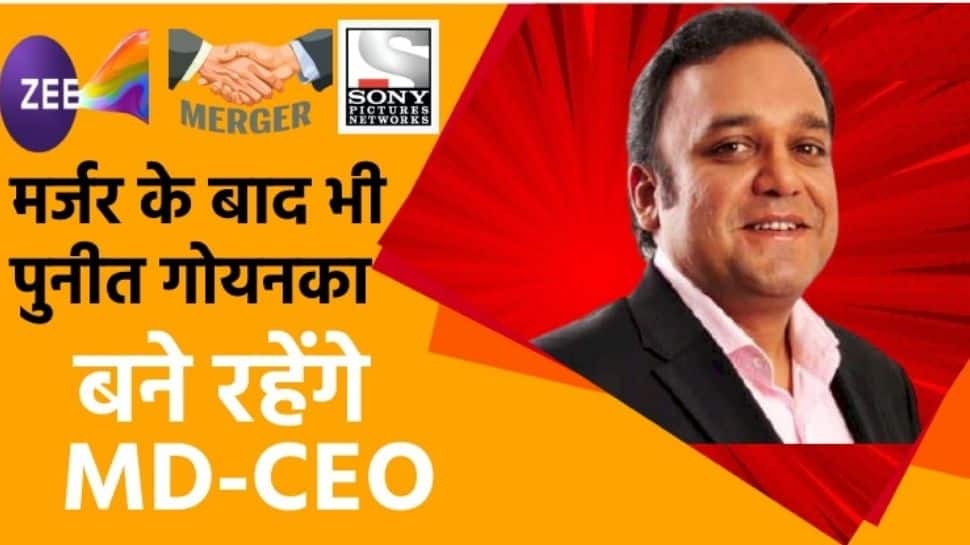 New Delhi: Zee Entertainment Enterprises Limited (ZEEL) on Wednesday announced that its board has given in-principal approval to its merger with Sony Pictures Networks India. Punit Goenka will continue as the Managing Director and Chief Executive Officer of the merged entity.

Currently, Goenka is the MD and CEO of Zee Entertainment Enterprises. He became the CEO of ZEEL in 2008, succeeding Pradeep Guha. He is credited for his crucial role in the launch of Dish TV and Zee Sports before taking charge of ZEEL as CEO.

Coming back to the merger, the unified entity is going to be the largest television network in India. Zee Entertainment’s investors will hold a 47.07% stake in the merged entity while Sony Pictures Networks will hold a 52.93% stake. Moreover, both the firms have agreed to publicly list the merged company.

Sony Pictures has also agreed to invest USD 157.5 crore in the merged entity. Both the parties have signed a non-binding term sheet while a non-compete agreement will also be signed as the deal will progress. Also Read: ZEEL-Sony mega-merger: Deets of deal, shareholding pattern and all you need to know

“The Board of Directors at ZEEL have conducted a strategic review of the merger proposal between SPNI and ZEEL. As a Board that encompasses a blend of highly accomplished professionals having rich expertise across varied sectors, we always keep in mind the best interests of all the shareholders and the Company. We have unanimously provided an in-principal approval to the proposal and have advised the management to initiate the due diligence process. ZEEL continues to chart a strong growth trajectory and the Board firmly believes that this merger will further benefit the Company. The value of the merged entity and the immense synergies drawn between both the conglomerates will not only boost business growth but will also enable shareholders to benefit from its future successes. As per legal and regulatory guidelines, at the required stage, the proposal will be presented to the esteemed shareholders of the Company for their approval," R. Gopalan, Chairman, ZEE Entertainment Enterprises Ltd. said. Also Read: Zee Entertainment- Sony India merger: Here are the top highlights of the mega-deal

(Disclaimer: Zeel is not our sister concern though our name sound similar, our owning company is Zee Media Corporation, which is a separate entity.)

ZEEL-Sony mega-merger: Deets of deal, shareholding pattern and all you need to know