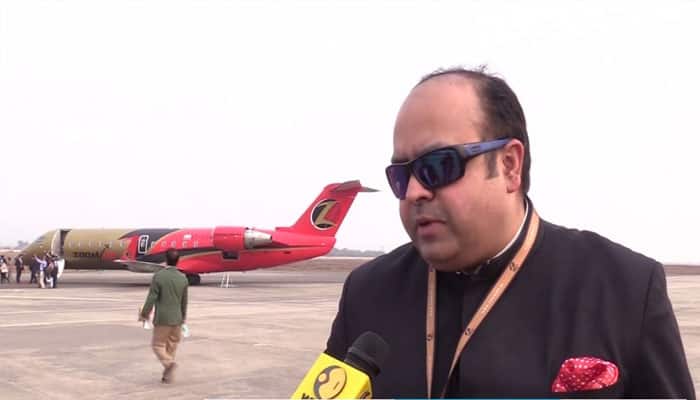 New Delhi: India’s newest private airline, Zoom Air, launched its daily scheduled operations from Wednesday. The airline began with its commercial services with a flight to Durgapur via Kolkata from New Delhi.

The airline received the schedule operating permit from the DGCA on February 3.

Promoted by Zexus Air Services, the carrier would also operate flights to Amritsar, Surat and Bhavnagar from New Delhi in the first phase of its operations with a fleet of three dry-leased CRJ 200LR planes.

With the launch of its services, Zoom Air is expected to make competition intense in the regional aviation market, which currently accounts for a meagre 1.2% of the total domestic air passenger traffic.

"We envisage 18-20% year-on-year growth on such underserved and un-served airports and we have seen such massive air traffic growth in stations like Vijaywada, Tirupati, Ranchi and Chandigarh. Its all about connectivity and regular reliable services," Zoom Air Managing Director and Chief Executive Officer Koustav Mohan Dhar said.

The airline aims to have a fleet of five aircraft by April and plans to expand route network to destinations such as Tirupati, Vijaywada, Mumbai, Shillong, Aizawl, Pasighat and Zero (in Arunachal Pradesh), Allahabad, Gorakhpur, Indore and Bhopal, with a likely daily operations.

Two similar CRJ-200LR aircraft from Skyone FZE Aircraft leasing, UAE under dry lease would join its fleet by April 2017. This would take the total planes to five, a condition required under DGCA norms.

Zexus Air Services Pvt Ltd (Zoom Air) is a professional airline group, as per the company.