The two sides will next lock horns in the third T20I at SuperSport Park Cricket Stadium on Sunday. 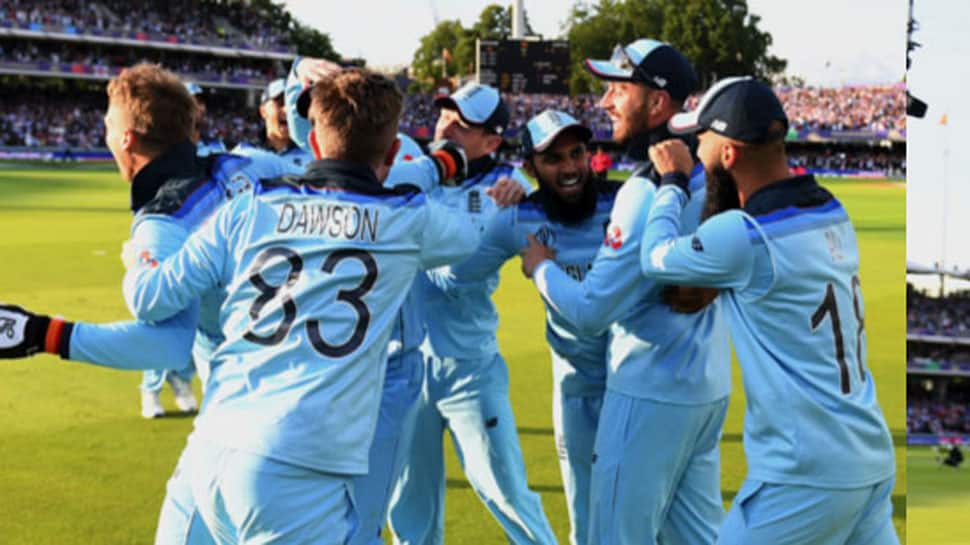 England`s Tom Curran took two wickets with the last two balls of the match as they beat South Africa by two runs in an amazing second T20 international that produced over 400 runs on Friday as the tourists leveled the three-match series at 1-1 with one game to play.

South Africa needed three off the last two balls but Curran, who had just been smashed for 12 runs in three by Dwaine Pretorius, got him lbw then had Bjorn Fortuin caught off the final ball to cap off a day of almost unrelenting excitement and set up a thrilling decider in Centurion on Sunday.

"The performance and level of intensity was improved," said England captain Eoin Morgan.

"The standout for us today was Moeen Ali. To come in and strike the ball like that was such a match-winning innings. Chris Jordan was outstanding. He leads the attack, has a cool, calm head and delivers when it matters. He`s a guy you want in your side."

Man of the match Moeen added: "It was nice to go out and middle a few to get going and then I went on instinct to put pressure on the bowlers."

England got off to a great start through Jason Roy (40) and Johnny Bairstow (35) but were then bogged down somewhat before Ben Stokes, who finished on 47 not out, and Moeen took charge as the latter hammered 39 off 11 balls to help reach 204-7.

The highest previous successful T20 international run chase on the ground was 158 but South Africa, roared on in a fantastic atmosphere, were always in the mix after Quinton de Kock smashed eight sixes as they reached 92 without loss in the seventh over.

When he was caught by Stokes off Mark Wood the game seemed to swing England’s way and after Chris Jordan took two wickets in two balls it looked all over.

But South Africa stuck to their task and a spirited late flurry by Rassie van der Dussen (43 not out) left the hosts, who won the first match by one run, needing 15 off the final over.

Pretorius brought that down to three from the last two balls - the same equation England failed with in the first game - but Curran kept his nerve to trap him lbw with a yorker.

Fortuin ambitiously tried to ramp the final ball for four but was caught by Adil Rashid as South Africa finished on 202-7.

Even as England celebrated, the drama was not over as the umpires checked that Rashid had not wandered outside the fielding circle before the batsman played the ball.

They eventually ruled it a fair catch and the teams march on to a decider.

"It is great cricket," said De Kock. "Both teams are playing really good cricket. They came out and fought right to the end and unfortunately we didn`t come across the line. They bowled really well at the death. We can get better."