England trail by 219 runs after Australia made 497-8 declared and with Jos Buttler (26) and Stuart Broad (2) set to resume after the interval they still face a fight to avoid batting again. 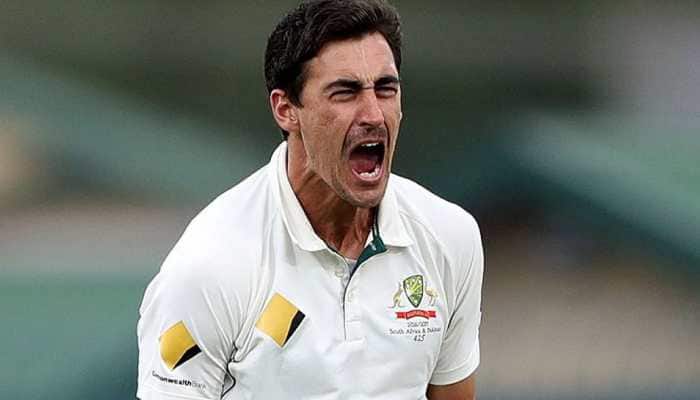 England still needed 20 runs to avoid the follow-on after Australia left-armer Mitchell Starc sliced through their middle order to reduce them to 278-8 at lunch on the fourth day.

England trail by 219 runs after Australia made 497-8 declared and with Jos Buttler (26) and Stuart Broad (2) set to resume after the interval they still face a fight to avoid batting again.

After England`s comeback win at Headingley in the third Test, Australia now have a great chance to take a 2-1 lead in the series and retain the Ashes ahead of the final Test at The Oval next week.

With the Manchester skies brighter, England resumed on 200 for five and added 28 runs before Starc, with the new ball, removed Jonny Bairstow (17) with a peach of a delivery which got through the gap left by the Yorkshireman`s unwise attempt to drive.

Not for the first time, Ben Stokes was left with the responsibility of saving his country`s innings, but he too fell victim to Starc`s movement, this time off the seam, as the hero of Headingley, on 26, edged to Steve Smith at second slip.

Jofra Archer joined Buttler at the crease but scored one before getting out to a poor shot, edging Pat Cummins to keeper Tim Paine.