Smith and captain Tim Paine combined for 145 for the sixth wicket, batting throughout the afternoon session as Australia assumed a commanding position as they search for the victory that will ensure they retain the Ashes. 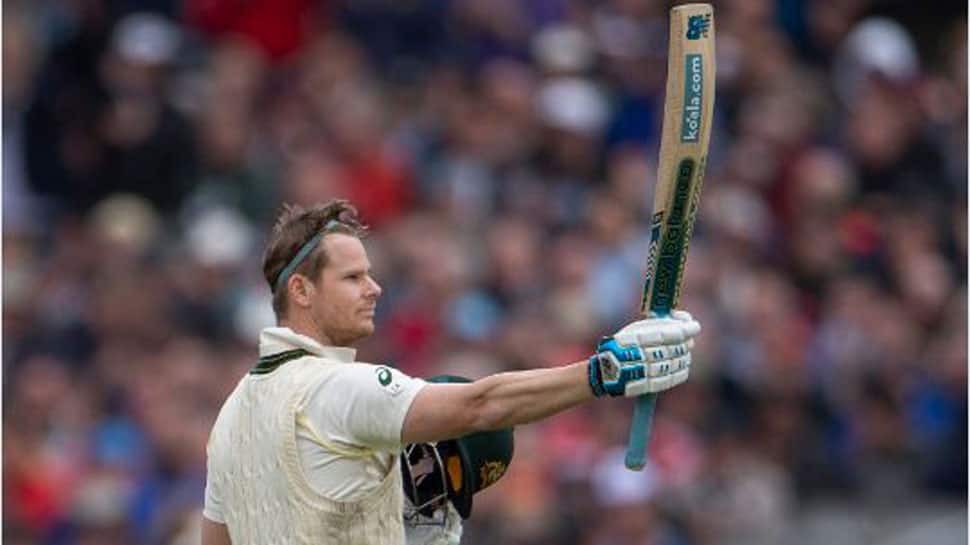 Steve Smith capitalised on a number of lucky reprieves to march on to an unbeaten 173 by tea and put Australia on 369-5 on the second day of the fourth Ashes Test.

Smith and captain Tim Paine combined for 145 for the sixth wicket, batting throughout the afternoon session as Australia assumed a commanding position as they search for the victory that will ensure they retain the Ashes.

The top-ranked test batsman in the world, Smith had made his third century of the series and was on 118 when he was caught by Ben Stokes at slip off left-arm spinner Jack Leach. Unfortunately for the hosts, their joy turned to misery when video officials deemed Leach had delivered a no-ball.

As Smith was making his way towards the pavilion, the video reviewers spotted that Leach`s front foot was not behind the crease when he let go of the ball, handing the Australian his second reprieve of the day.

Smith had been fortunate to survive the second over of the day when Jofra Archer dropped a caught and bowled chance after his full toss was driven straight back at him.

England`s misery in the afternoon session was compounded when all-rounder Stokes went off with an injury, unable to finish his over of bowling.

Stokes, who kept England in the series with his unbeaten 135 in the run chase at Headingley, returned to the field before tea having had treatment for soreness in his right shoulder. But his brief absence did have an indirect impact on the game -- adding to Root`s frustration Stokes` temporary replacement in the field Sam Curran, then dropped Paine when he was on 49.

Curran spilled a chance at mid-on after Paine had lofted his drive off Archer. Paine had earlier been dropped, the first over after lunch, by Jason Roy at second slip off Stuart Broad. The day had begun promisingly for England with Broad producing an excellent early spell.

Broad removed Travis Head, who had struggled throughout his innings, with a plumb leg before to leave the tourists at 183 for four. But after a nervy start, Smith found his comfort zone in more suitable conditions than Wednesday`s gusty winds and rain.

Matthew Wade (16) looked less comfortable and eventually fell to the left-arm spin of Jack Leach, coming down the track but only succeeding in a mistimed drive which lopped high to Joe Root at mid-on.

Smith though, whose lowest score in this series is 92 at Lord`s, brought up his century off 160 balls when he whipped a full delivery from Craig Overton past mid-on. It was Smith`s 26th century in 67 matches and his fifth in his last eight Ashes` innings.

The Australian, returning in this series after a 12-month ban for his role in a ball-tampering affair, celebrated only briefly, clearly a sign he believed he had plenty more work to do.