The Men in Blue will head into the match without their star skipper Virat Kohli, who has been rested for the remaining ODIs as part of the BCCI workload management. 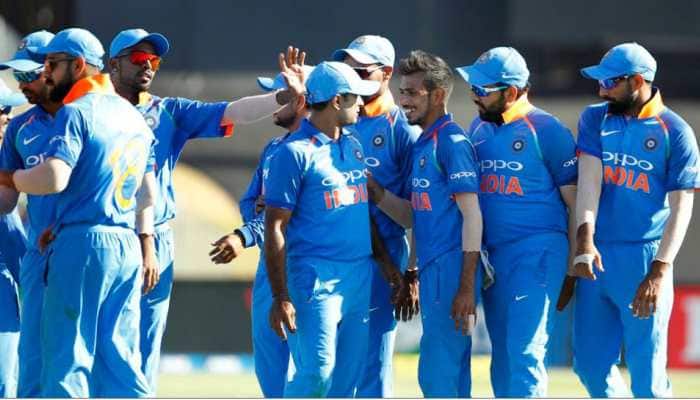 Having secured the ongoing five-match series against New Zealand with a thumping seven-wicket win at Bay Oval, India will look to continue their dominance when they take on the hosts in the fourth ODI, a dead rubber, at Seddon Park in Hamilton on Thursday.

The Men in Blue will head into the match without their star skipper Virat Kohli, who has been rested for the remaining ODIs as part of the Board of Control for Cricket in India's (BCCI) workload management.

In his absence, India's regular vice-captain Rohit Sharma will lead the side in the remaining ODIs as well as subsequent T20I series against New Zealand.

The Indian opener, who holds a good record as stand-in skipper, will aim to deliver another solid performance against below-par New Zealand at Seddon Park in what will be his 200th appearance for the national side.

If India manage to take a 4-0 lead against the Kane Williamson-led side, it will be their biggest-ever series win across all formats in their 52 years of touring New Zealand.

The Black Caps, who have struggled against India in all the departments in the first three ODIs, will look to avoid some embarrassment by clinching the remaining matches of the series.

As far as Playing XI is concerned, Mahendra Singh Dhoni--who missed the third ODI due to a hamstring injury--is most likely to make a return being seen training in the nets earlier today.

Meanwhile, Mohammed Shami can be rested for the upcoming matches as he has been playing continuously since the start of the Test series against Australia. He could be replaced by Khaleel Ahmed or Mohammed Siraj.

Meanwhile, India's fielding coach R Sridhar said that though India would like to continue their winning habit in the upcoming matches, they want to give their reserves enough game time with just seven matches remaining before the International Cricket Council (ICC) World Cup in England and Wales.

"See, winning is a habit which we would obviously want to continue. When you are up by 1-0 or 3-0 against a team, you want to continue with the form. You do not want to let down the intensity. At the same time, we also need to give game-time to our reserves. There are just seven games remaining for us before we play our first World Cup game. We should not end up in a situation where the main XI has played and the reserves have not got enough game time and then they suddenly have to play an important crucial game in the World Cup," Sridhar had told earlier on Wednesday.

For New Zealand, all-rounders Jimmy Neesham and Todd Astle have been recalled to the squad as replacements for Doug Bracewell and leg-spinner Ish Sodhi.

The two cricketers were deemed unfit to be a part of the squad for the first three ODIs following a knee injury for Astle and a hamstring strain for Neesham. However, they have now been drafted into the squad after proving their fitness in domestic cricket.