Craig Overton was the last man to fall with Josh Hazlewood getting an LBW decision in his favour. 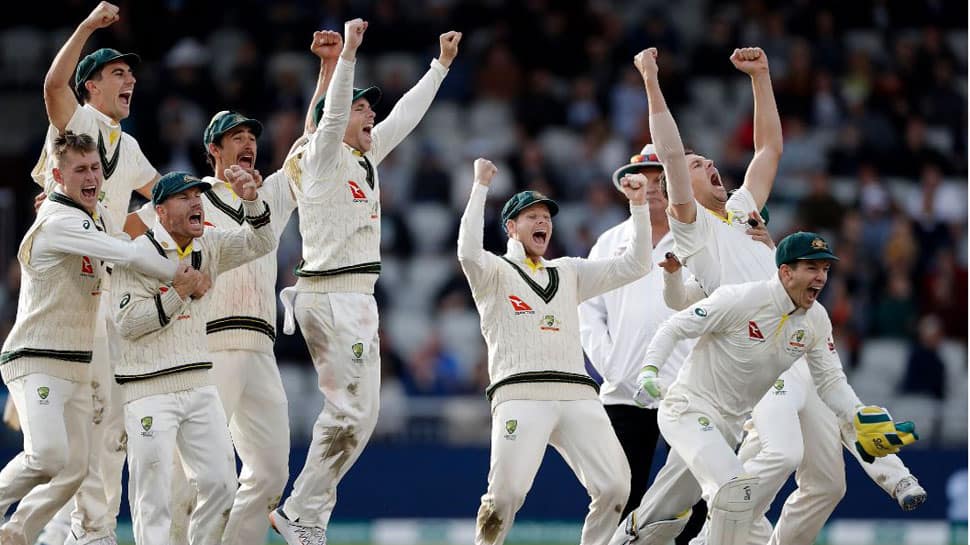 Australia saw off late resistance from Jack Leach and Craig Overton to beat England by 185 runs on Sunday to take a 2-1 lead in the series and retain the Ashes. Chasing a target of 383, England folded for 197 as Pat Cummins took four wickets to pierce through its top and middle order, with Nathan Lyon and Mitchell Starc wiping out the rest.

With only a draw or a series win for Australia possible and the visitors winning the previous Ashes, they retain the title regardless of what happens in the final Test at the Oval.

Cummins started the day by adding two more wickets to his tally in the first session. The first was that of Jason Roy who put up 66 runs for the third wicket with Joe Denly. The pair managed to fend off 145 balls before Cummins got Roy. He then got the wicket of England's Headingley hero Ben Stokes while the latter was on 1 off 17 balls.

Opener Denly, who had scored a half-century was finally dismissed by Lyon in the 40th over of the innings and after Jonny Bairstow, it was down to Jos Buttler to resist the Australians with the tail.

Buttler and Overton saw England through to tea and the former did well to fend off for 111 balls. He left a delivery from Josh Hazlewood that swung in and took off his off stump and thus had to depart having made 34 runs.

However, Leach and Overton then combined to grind out the bowlers for most of the third session. The pair looked comfortable against Hazlewood, Starc, Cummins, and Lyon and it took Marnus Labuschagne to make the difference.

Labuschagne pitched on the rough on length outside off and it got big on Leach. He fended it off only for the ball to fall into the hands of short leg. Leach had faced 51 balls and his ninth-wicket stand with Overton lasted 85 deliveries and much of the third session.

Overton was the last man to fall with Hazlewood getting an LBW decision in his favour. The batsman reviewed the decision and unsurprisingly the decision was upheld.