Denly fell six runs short of his maiden Test century and Ben Stokes made a sparkling 67 in bright sunshine at The Oval to put England in a strong position to level the series at 2-2. 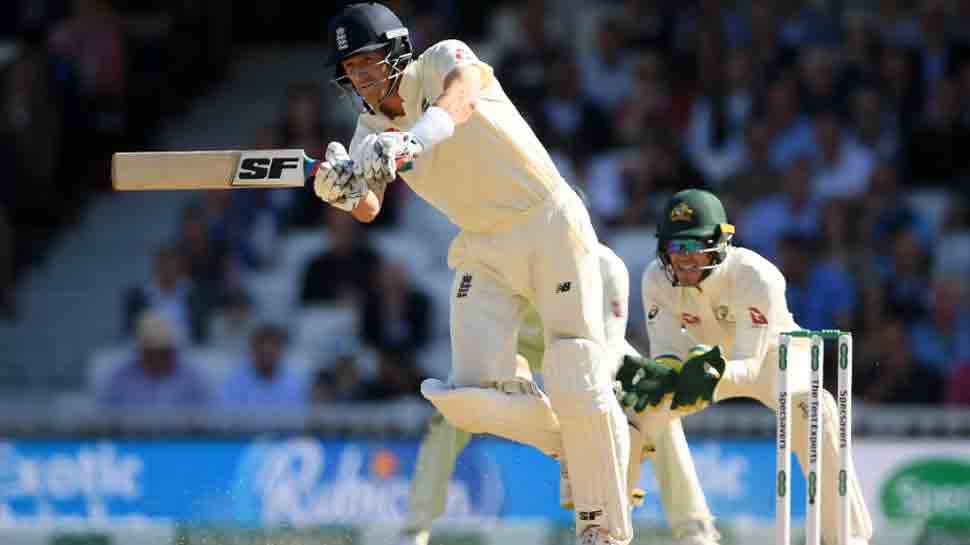 Joe Denly`s fluent 94 put England in control of the final Ashes Test and the hosts moved on to 313 for eight to lead Australia by 382 runs at the close on the third day on Saturday.

Denly fell six runs short of his maiden Test century and Ben Stokes made a sparkling 67 in bright sunshine at The Oval to put England in a strong position to level the series at 2-2.

"Against this attack it is always a battle. You have to work hard for every run. I am naturally disappointed not to get to the milestone but we are in a great position going into day four and that is the most important thing," Denly said.

Australia ensured they will retain the Ashes by winning the fourth Test in Manchester and are bidding to secure their first Test series victory in England since 2001.

Denly and Stokes came together after England lost Rory Burns for 20 and Joe Root (21) in the morning.

Burns had driven Peter Siddle sweetly through mid-off to bring up the first half-century opening stand of the series but he departed after a wild slash at a wide ball from spinner Nathan Lyon which he edged to wicketkeeper Tim Paine.

Captain Root, bidding to register his first Test century in the series, pushed forward tentatively at Lyon and nicked a simple catch to Steve Smith at slip and the home side took lunch on 88 for two.

Stokes, dropped at slip off Lyon on seven, started slowly before unfurling some trademark attacking shots to entertain a packed crowd.

Denly clipped Josh Hazlewood through mid-wicket for his seventh four to reach fifty for the third time in the series and the 33-year-old right-hander struck a few sweetly-timed strokes in his highest Test score.

Stokes, who made a brilliant century to lead England to a dramatic victory in the third Test at Headingley, moved past fifty with a six off Marnus Labuschagne before he was bowled by Lyon to end a fine third-wicket partnership of 127.

Denly`s five-hour vigil was halted when he edged Siddle to Smith at slip and Jonny Bairstow fell for 14, nicking another catch to Smith off the bowling of Mitchell Marsh.

Sam Curran was caught down the leg side by Paine off Pat Cummins for a breezy 17, Chris Woakes was brilliantly caught one-handed by Smith off Marsh and Jos Buttler plundered 47 before skying Siddle to a diving Labuschagne at square leg.

Jofra Archer and Jack Leach steered England through to the close without further loss and Australia will face a daunting run chase over the remaining two days of the match.

"It was a tough day. It would have been nice to get some early breakthroughs and put more pressure on them but it didn`t come," Siddle said.

"We know how much it means to win the series, it just comes down to execution and we`ve been behind the eight-ball from the start," he added.

"We know what happened at Headingley on a nice batting strip so if we make the most of this deck, who knows?"