While Indian skipper Virat Kohli will continue to lead all three sides, Rohit Sharma will serve as his deputy in the ODIs and T20Is. 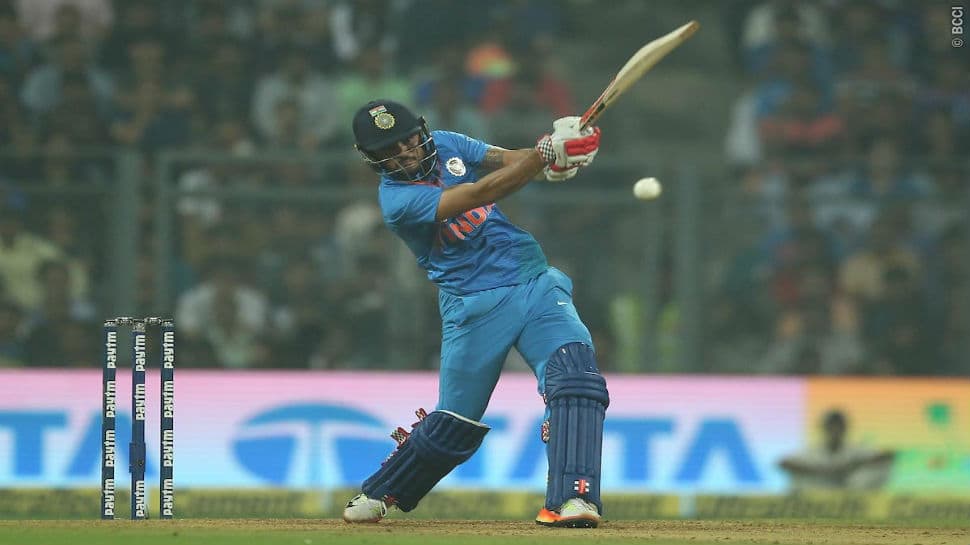 After making a semi-final finish in the 2019 International Cricket Council (ICC) World Cup, the Indian men's cricket team is all set to tour West Indies for the two-match Test series, three ODIs and as many Twenty20Is, beginning August 3 in Florida.

While Indian skipper Virat Kohli will continue to lead all three sides, Rohit Sharma will serve as his deputy in the ODIs and T20Is. Ajinkya Rahane has been appointed as vice-captain for the two Tests.

Shikhar Dhawan, who was forced to miss the most of the recently-concluded World Cup due to a thumb injury, has recovered fully and is all set to play in the limited-overs series against West Indies.

However, star wicketkeeper-batsman Mahendra Singh Dhoni is all set to miss the tour of West Indies after he made himself unavailable for the selection and opted to serve his regiment in the territorial army instead during this period.

While most of the players named in the three squads have featured in the 2019 marquee event, there are some fresh faces who will be featuring for India against the Caribbean side. Let us take a look at them:

India prodigy batsman Shreyas Iyer has received a node in the Indian squad for the upcoming three-match ODI and T20I series against the Caribbean side. The 24-year-old batsman from Mumbai has appeared in just five ODIs and as many T20Is for the Men in Blue so far. However, Iyer averages a laudable 52.18 in first-class cricket and a remarkable 42.93 in List-A games since making his debut five years ago.

The young batsman, who played his last limited-overs fixture during India's ODI series against South Africa in February 2018, also displayed a decent performance during the 2019 edition of the Indian Premier League (IPL), scoring 463 runs from 16 innings he played for the Delhi team.

Fingerspin-bowling allrounder Washington Sundar has been named in India's 15-member T20I squad for the three-match series against West Indies.

Sundar has featured in just one ODI and seven T20Is for India, with his last appearance in the blue jersey coming also against the Caribbean side at MA Chidambaram Stadium in November 2018.

In seven matches he played in the shortest format of the game, the 19-year-old bagged ten wickets at an economy rate of 6.04 while he finished with just a wicket in his lone ODI appearance. Iyer also grabbed many eyeballs when he was given new-ball duties for Team Pune for two consecutive IPL seasons.

Right-arm leg-spinner Rahul Chahar has got his first national team call-up as he has been named in the 15-member T20I squad for India's tour to the West Indies.

Chahar, who has joined his brother Deepak Chahar in the squad and is in line to make his international debut, has impressed wit the ball during the 2019 edition of the IPL. He bagged a total of 13 scalps for Team Mumbai in as many IPL 2019 games. The 19-year-old then followed those figures with a total of 14 wickets in two unofficial Tests he played against Sri Lanka ‘A’.

Fast bowler Navdeep Saini is one of the two players who have received maiden call-up in the national squad. The 26-year-old  cricketer from Haryana has been named in both limited-overs squads.

Saini has appeared in 75 first-class matches bagging 120 wickets besides also playing 41 List A games taking 65 wickets. He also impressed with the ball during the 2019 edition of the IPL, claiming 11 scalps in 13 matches he played for Team Bangalore.

Notably, Saini was also part of the Indian contingent who traveled England for the 2019 ICC World Cup, where he impressed with the ball as a net bowler.

The 29-year-old Karnataka batsman appeared in the second half of the IPL 2019, amassing 344 runs in seven innings he played for Team Hyderabad at an average of 43. His most memorable moment came when he scored an unbeaten hundred to help India chase the target of 331 against Australia at Sydney.