Vinod Rai has instructed the BCCI's ACU chief Neeraj Kumar to look into the corruption allegations levelled against Shami by his wife. 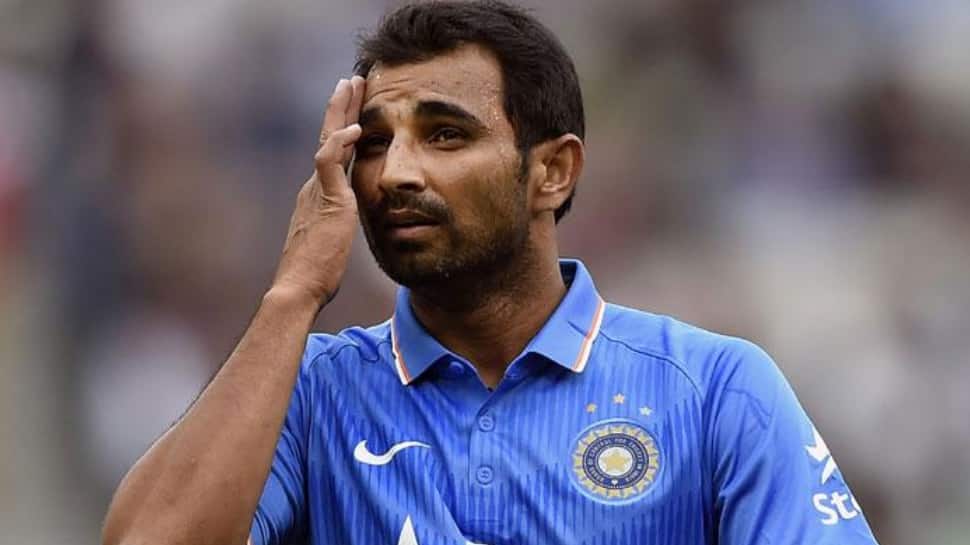 New Delhi: Indian pacer Mohammed Shami, who has been embroiled in a massive controversy after his wife Hasin Jahan filed a police complaint accusing him of domestic violence and adultery, is facing the heat from the Board of Control for Cricket in India (BCCI) too. Indian Premier League (IPL) Chairman Rajeev Shukla has said that action against Shami will be initiated after the Committee of Administrators (CoA) submit its report.

CoA chairman Vinod Rai has instructed the BCCI's Anti-Corruption Unit (ACU) chief Neeraj Kumar to look into the corruption allegations levelled against Shami by his wife. The IPL Governing Council will wait on the Shami issue until the report by CoA appointed ACU headed by Neeraj Kumar is filed. Sources have told Zee Media that BCCI will disclose the investigation report before the start of IPL tournament and will take action accordingly against Shami.

Shami's wife Hasin Jahan on Thursday had sent some documents related to her complaints against her husband to CoA chairman Vinod Rai for a probe against him, her lawyer said. Jahan alleged that Shami had taken money from a Pakistani woman named Alishba on the insistence of an England-based businessman, Mohammad Bhai.

Meanwhile, IPL franchise Delhi Daredevils are also keeping a close tab on the Shami controversy as its top officials have met the BCCI brass to take a stock of the situation. Delhi Daredevils sources told Zee Media that the "decision on Mohammed Shami is not in our purview but we have discussed the issue with BCCI and they have given the matter to ACU and we are waiting for the report. Once, BCCI takes any decision that will be final for us too".

Earlier, Jahan had filed a police complaint against the pacer, alleging infidelity and domestic violence, which had resulted in the BCCI withholding Shami's central contract.

Last week, the Kolkata Police had booked Shami and four others under various sections of the IPC, following Jahan's complaint. The case was lodged under sections 498A (cruelty to a woman by her husband or his relatives), 307 (attempt to murder), 323 (punishment for voluntarily causing hurt), 376 (rape), 506 (criminal intimidation), 328 (causing hurt by means of poison) of the Indian Penal Code.