In response, Ireland ended with 194 for 6 with skipper Paul Stirling (91 off 50) being with the top-scorer. Star spinner Rashid Khan ended with four wickets, conceding 25 runs in four overs. 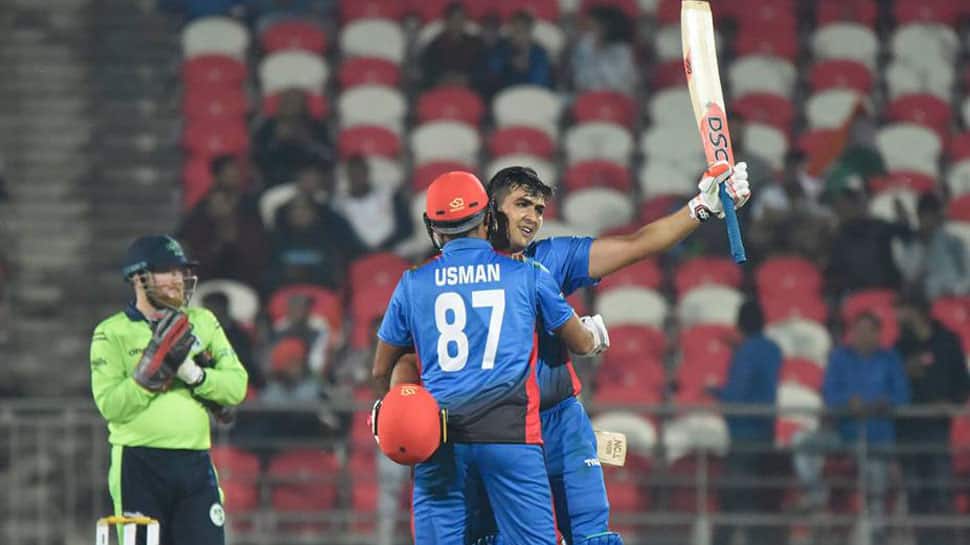 Afghanistan on Saturday took an unassailable 2-0 lead in the three-match series against Ireland after amassing the highest total in T20 Internationals of 278 for 3, which led to an 84-run win in the second game.

Hazratullah Zazai (162 not out off 62) and Usman Ghani (73 off 48) set a new record for the opening-wicket partnership with a 236-run stand as Afghanistan surpassed Australia's 263 for 3 posted against Sri Lanka at Pallekele in 2016.

In response, Ireland ended with 194 for 6 with skipper Paul Stirling (91 off 50) being the top-scorer. Star spinner Rashid Khan ended with four wickets, conceding 25 runs in four overs.

Hazratullah's unbeaten 162 was the highest score by an Asian batsman in T20 Internationals. It was also the second highest T20I score and the third-fastest men's century.

After Afghanistan elected to bat, Hazratullah blasted as many as 16 sixes and 11 fours in his unconquered innings, while other opener Ghani scored seven fours and three sixes.

Afghanistan had won the first T20 by five wickets to go 1-0 up in the three-match series. The final game will be played on Sunday.

Both teams will also play five ODIs and one Test after the T20 series.