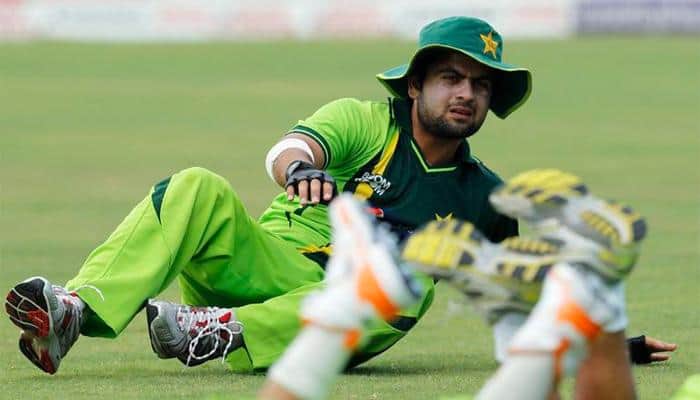 Opening batsman Ahmed Shehzad has been fined 50 per cent of his match fee for breaching Pakistan Cricket Board's (PCB) Code of Conduct during his side Central Punjab's Quaid-e-Azam Trophy match against Sindh in Faisalabad on Thursday.

The incident took place during the 17th over of Sindh’s first innings when, during a normal inspection of the ball, on-field umpires Mohammad Asif and Zameer Ahmed found that the ball had been unfairly changed by a member of the fielding side.

Shehzad was found guilty to have breached Level 1 offence under Article 2.14, which relates to changing condition of the ball (non-identification) during the clash.

The incident was reported to match referee Nadeem Arshad who, on the basis of a preliminary review, determined that Shehzad, as captain, had a case to answer for the contravention as the incident related to non-identification of the player and a Notice of Charge was issued to him under the PCB Code of Conduct.

Ahmed pleaded not guilty to the charge, and, as such, a hearing took place after the match on Thursday, in which Ahmed was found guilty, the PCB press release stated.

Azhar Ali, on the other hand, was found guilty of engaging in a Level 1 offence described in Article 2.9, which deals with throwing a ball at or near a player, support personnel, umpire, match referee or any other third person in an inappropriate and/or dangerous manner during a match.

Meanwhile, Sohail Khan was found guilty of committing an Article 2.10 – Level 1 offence, which relates to time wasting by any player or team during a match.

Both the players were charged by on-field umpires Mohammad Asif and Zameer Ahmed. As the players accepted the proposed sanctions by match referee Nadeem Arshad, there was no further need for formal hearings.