Ajaz Patel returned with figures of 10-119 and as a result, India was bowled out for 325 in the first innings. 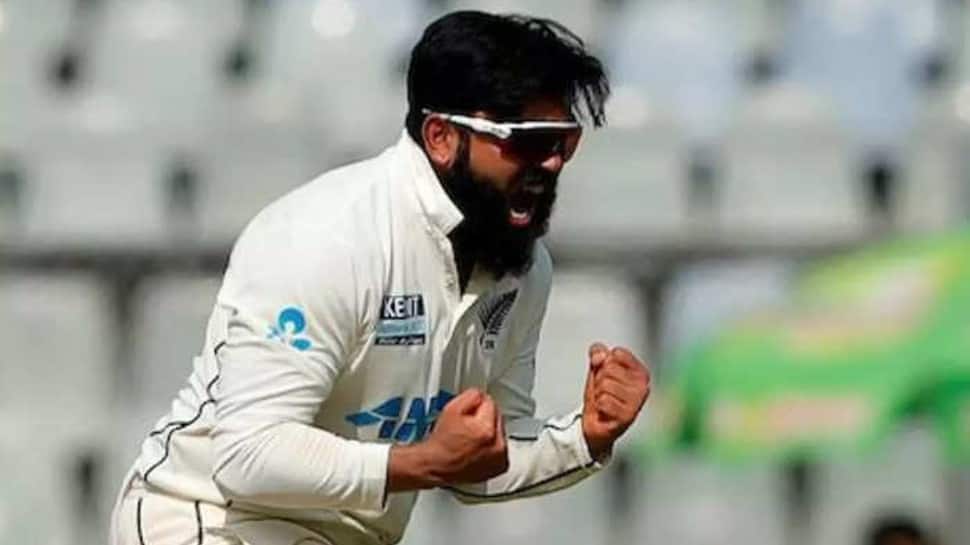 New Zealand spinner Ajaz Patel on Saturday (December 4) became the third bowler in the history of cricket to scalp all 10 wickets in a Test innings.

He achieved the feat against India in the ongoing second Test at the Wankhede Stadium in Mumbai.

Patel returned with figures of 10-119 and as a result, India was bowled out for 325 in the first innings.

As soon as Ajaz picked up his tenth wicket, India's Ravichandran Ashwin also stood up to give a standing ovation to the Kiwi spinner, recognizing the remarkable feat.

Earlier, Australia's Jim Laker was the first cricketer to scalp 10 wickets in a Test innings in 1956 and that was followed by India's Anil Kumble in 1999 against Pakistan.

Laker claimed 10/53 against Australian at Old Trafford on July 26, 1956, while Kumble bagged 10/74 against Pakistan at the Ferozeshah Kotla ground in New Delhi on February 4, 1999.

Laker needed 51.2 overs to become the first bowler in the history of the game to take all-10 wickets in an innings while Kumble bowled only 26.3 overs for his haul.

Talking about the match, resuming the day at 221 for four, India scored 64 runs in the morning session with the loss of two wickets. They added another 40 runs for four wickets after lunch to end their first innings at 325.

India vs South Africa: IND to tour SA for Tests and ODIs only; T20Is to be played later