Former Australian skipper Allan Border praised David Warner's century although it was not a typical swashbuckling inning from the lefthander. 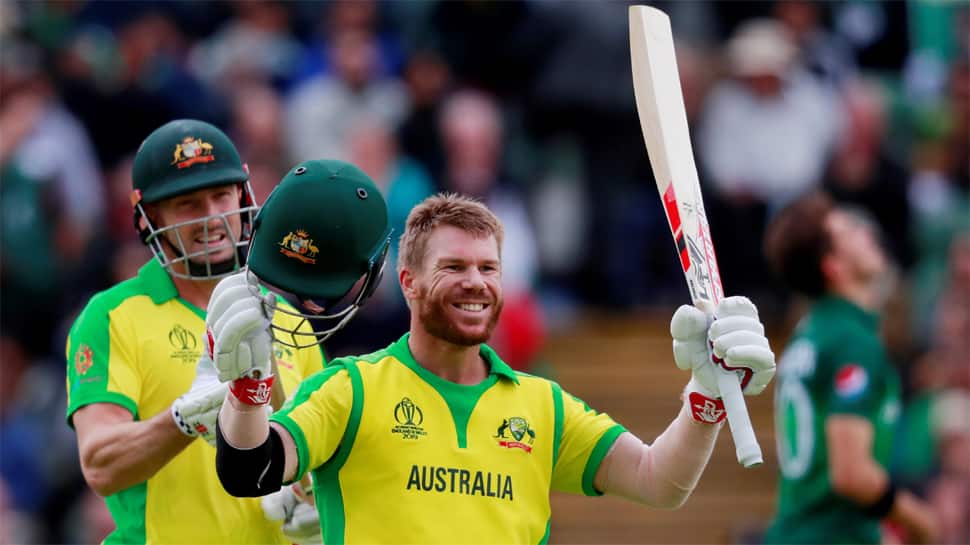 Five-time ICC World Cup winners Australia have won three of their four matches in the current edition of the championship with their only loss coming against Virat Kohli-led India at The Oval. The Aussies have been won against Afghanistan, West Indies and Pakistan even though the last two opponents did give Aaron Finch's team a run for its money.

But former Australian skipper Allan Border, who led his team to the World Cup win in the 1987 edition, has warned the other competitors in England that they should be worried about Finch-led side winning close matches. "They aren’t playing at their best but they are winning matches - that’s the way I saw the win over Pakistan. They hung in there, rode out some pressure and came out with the victory. The bottom line is there's room for improvement from Justin Langer’s team, and that's a good thing that will only worry every other side in this ICC Men’s Cricket World Cup," wrote the Aussie great in his column for the ICC.

Border praised David Warner's century although it was not a typical swashbuckling inning from the lefthander. He pointed out that the ball was seaming and swinging, so Warner was justified in scoring at a slow rate. However, he also asked the Australian batsmen to capitalise on a good start and go for a big score.

"In the middle overs, Australia need to be a bit smarter. When you get a flying start, like they did at Taunton, you’re desperate to keep that momentum going and it’s hard to do. Someone has to be prepared to just knock the ball around for a few overs but Pakistan didn’t really let them do that. Mohammad Amir bowled beautifully and gave his team a chance. I’ve got no problem with batting Glenn Maxwell at four, given the start Australia had. He’s so dangerous," he said.

From 146 runs for no loss when the 22nd over started, the Australians started to lose the momentum after Finch became the first victim of Pakistani left-arm pacer Mohammad Amir. Apart from Finch (82) and Warner (107), none of the Australian batsmen could score more than 23 with Amir and company coming back strongly to bowl them out for 307 in 49 overs. At one stage a score in excess of 350 was looking within Australia's grasp.

Border lauded the Australians bowlers, saying they "did the job up front". "Pat Cummins bowled fantastically well and that's a good sign, that him and Mitchell Starc are carrying the fight at the top. Pakistan had their tails up at one stage with Sarfaraz and Wahab at the crease and it was when Finch had to bowl either himself or Maxwell that you saw a sign of weakness. The fifth, and even the fourth, bowling option is looking like a slight concern for them."

He also advised the Australian team management to explore the option of spin. "Leg spin takes wickets and whether it’s Adam Zampa coming back in or Smith trying a bit of his spin, that should improve the attack dramatically," he added.

He claimed that Australia are among the "pacesetters after four rounds" and are "building nicely and all ten teams will feel the total package is still in them".