The letter to the ICC about severing ties with countries which harbour terror was framed by BCCI CEO Rahul Johri in consultation with the Committee of Administrators (CoA). 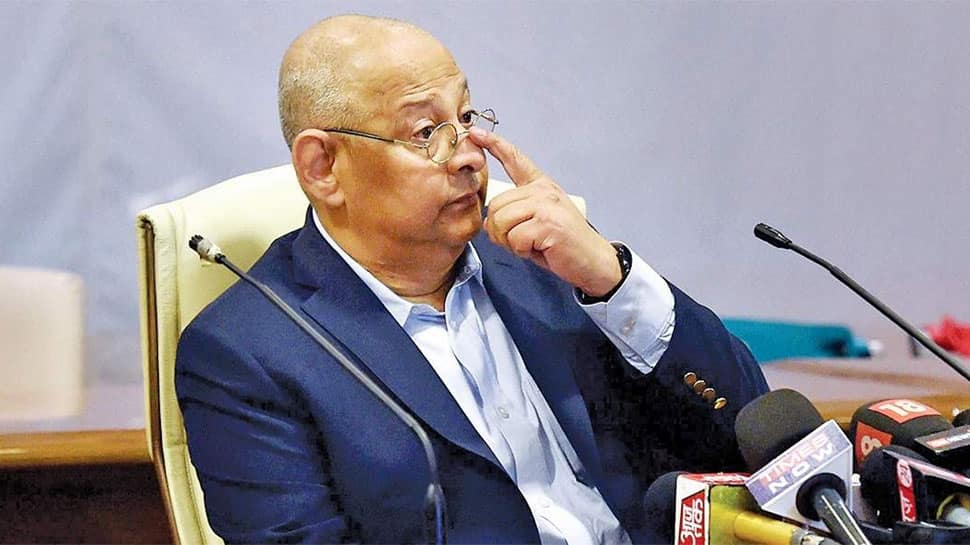 Board of Control for Cricket in India (BCCI) acting secretary Amitabh Choudhary on Monday washed his hands off the board's letter urging the International Cricket Council (ICC) and its member nations to sever ties with countries which harbour terror.

The BCCI's request was turned down by the ICC, saying it has no role to play in matters like these.

Choudhary was asked at the press conference to announce Tata Motors' Harrier as the IPL's official partner, whether it was a mistake not to have named Pakistan specifically in the letter, to which he said," I have not written the letter."

The letter to the ICC, in the aftermath of the deadly terror attack in Pulwama that killed more than 40 CRPF personnel and for which the Pakistan-based Jaish-E-Mohammed took responsibility, was framed by BCCI CEO Rahul Johri in consultation with the Committee of Administrators (CoA).

"The chairman of the ICC (Shashank Manohar) has made a statement to address the issue and he has simply said that it is a matter which is beyond ICC's domain," said Choudhary.

"I would like to put everything to rest that there is no difference of opinion. There was a written communication by the BCCI CEO with the ICC. There were two points in that communication  the first point related to the security and well being of the players and of the fans also," he said when asked whether the BCCI had erred in making this proposal.

Citing contents of the letter, Choudhary said the BCCI's primary concern ahead of the World Cup is players' security.

"The second matter related to suggesting that India and other members of the ICC take no part with teams which comes from areas where certain phenomenon emanate from, but the letter didn't mention which areas."

"To which the ICC chairman, after discussing it with the Board which is the only policy making body of the ICC, stated that it is not within the domain of the ICC to make a comment or make a decision," he said.

"The BCCI's concerns were, as I said, primarily, according to the letter, security concerns relating to players and fans which the ICC has wholeheartedly agreed to address. And the ECB representative Colin Grave was of the same view," he added.

The acting secretary said resolving the conflict between BCCI and the World Anti Doping Agency was an urgent matter to ensure that the ICC is not declared non-compliant by WADA.

"That is an issue. The world body (WADA) has been in dialogue with ICC for some time and the issue is that all participating nations in the ICC must align with the national testing authority. The only member of the ICC which has so far resisted it, and for reasons well known, is the BCCI and therefore there is a slight urgency on that matter," Choudhary said.

"The ICC has been informed and the ICC chairman is of the view that he will soon have a dialogue with the BCCI itself considering the urgency of the matter least the ICC be declared non compliant," Choudhary added.

He said the selectors are working on the workload schedule of key Indian ODI players in view of the World Cup that immediately follows IPL from May 30.

"At this stage, it is not proper to divulge but we also have the selectors working on this," he said when asked whether the IPL franchises had agreed to the plan in principle.

The issue of advancing the IPL match timings are also a work in progress, he said.

IPL CEO, Hemang Amin, said the issue was under evaluation.

"Last year we had advanced the timings for the play-offs to start at 7 pm. We are still considering whether to advance it a bit or keep it at 8 pm because it also affects the afternoon game. For the last so many years we have been playing 12 to 15 afternoon games so it impacts that," said Amin.

"The players' well being will have to be considered if we are advancing it, because if we advance the 8 pm game to earlier then we have to advance the afternoon game as well. Hopefully, within a week or so we will announce the timings once we get the balanced schedule ready," he added.