New Zealand comfortably beat Afghanistan by eight wickets in their final Super 12 match to qualify for the semi-finals and send India out of the T20 World Cup here on Sunday. 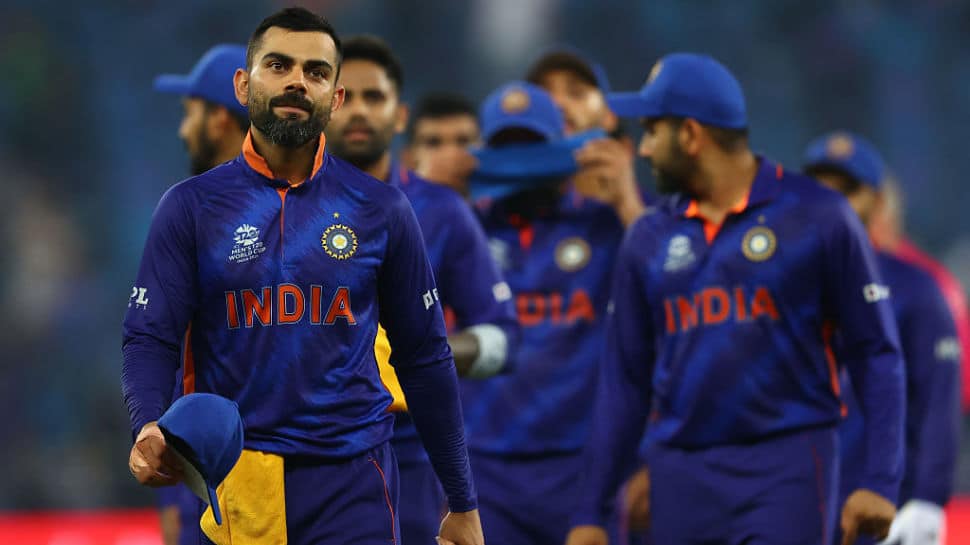 Abu Dhabi: New Zealand comfortably beat Afghanistan by eight wickets in their final Super 12 match to qualify for the semi-finals and send India out of the T20 World Cup here on Sunday.

New Zealand chased down the small target of 125 with 11 balls to spare to secure a top-2 finish in Group 2 with eight points from five matches.

The win by the Kiwis meant that India -- currently with four points from four matches -- cannot qualify for the semifinals even if they beat Namibia in their final Super 12 on Monday.

Afghanistan ended their campaign on four points from five matches from which they secured two wins.

Captain Kane Williamson top-scored with an unbeaten 40 while Devon Conway contributed 36 not out.

For Afghanistan, Mujeeb Ur Rahman and Rashid Khan took a wicket each.

Najibullah Zadran top-scored for Afghanistan with a 73 while his other team-mates failed to make any substantial contribution.

Here some chosen tweets after Afghanistan's loss to New Zealand:

First time #India have not made it to the knockouts of an ICC event since WT20 2012 in Sri Lanka.

Last time they featured in a dead rubber after elimination was in WT20 2009 against SA.#NZvAFG #T20WorldCup

A comfortable win for #NewZealand who looked at ease throughout the tie, drawing 24% false shots with the ball and only playing 14% false shots themselves with the bat, Williamson also negotiating the threat of Rashid Khan by playing 11 of his 24 deliveries.#T20WorldCup #NZvAFG

Fair result. 2 best teams from the group make it. Pakistan And NZ def the top two from the group. Now to the Rohit Rahul era in white ball cricket. Not the best end for Virat in world cups but that's how sport is.

After a decade India failed to make it to semis in an ICC tournament. But, what hurts more is another great opportunity lost. #AfgvsNZ #AFGvNZ

The quiet, clinical efficiency with which #NewZealand approach slightly tricky totals against decent bowling attacks is something teams can learn from. Who better than Kane to show the way #T20Worldcup

Not many expected New Zealand to qualify for the semi-finals, but have a side well-suited to the lower-scoring conditions. Tim Southee, who has been underwhelming in T20 in recent years, has been outstanding

I actually fancy #NZ winning the title. Have not shown the same flair and flamboyance as England, Pak, Australia, but have shown solidity, depth and resourcefulness in batting and bowling, brilliant in the field and led by a superb captain.

India's elimination from #T20WorldCup shows that playing and financial resources don't guarantee success. Strategy, tactics and selection still all massively important. Reckon India will be far better in next year's competition having gone through this experience tho.

With inputs from PTI