The 29-year-old Russell was given a one-year ban on Jan. 31 after he failed to file the necessary paperwork on his availability for drug testing three times in 2015. 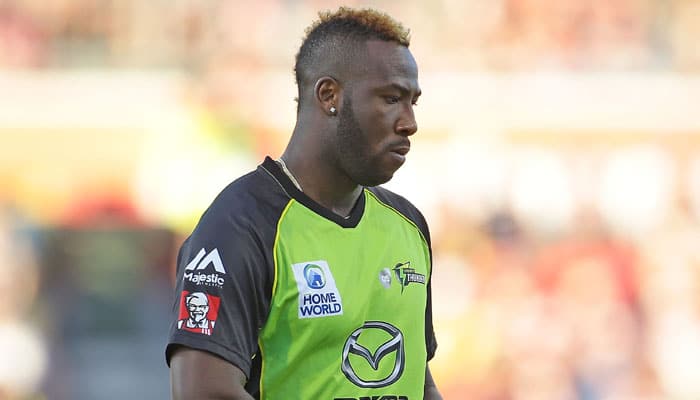 Kingston: The decision on whether West Indies all-rounder Andre Russell should serve a longer ban for breaches of the whereabouts rule now rested with the World Anti-Doping Agency (WADA), according to Jamaica`s anti-doping authority.

The Jamaica Anti-Doping Commission (JADCO) dropped an appeal against the one-year ban imposed on Russell on Monday. They had been seeking to extend it to two years.

"WADA has the right to take the matter elsewhere," JADCO Chairman Alexander Williams told a media conference in Kingston. "That is up to them."

Williams said JADCO had been in discussions with Jamaica`s Attorney General Marlene Malahoo Forte about the issue before the decision was made on May 5 to drop the appeal.

He was more than happy to explain to the world governing body why they reached that decision.

"We would have to explain to WADA the reasons for the appeal being withdrawn and I believe we are comfortable in our explanation," he said while adding WADA could still take the case to the Court of Arbitration for Sport (CAS).

The 29-year-old Russell was given a one-year ban on Jan. 31 after he failed to file the necessary paperwork on his availability for drug testing three times in 2015, which constituted a failed test according to WADA rules.

He had filed an appeal against the ban, which had now been withdrawn, the head of his legal team Patrick Foster told Reuters.