Archer, 24, returned magical figures of 6/45 while pace spearhead Stuart Broad supported him well with 2/32 as Australia never recovered after David Warner and Labuschagne associated for a 111-run third-wicket stand. 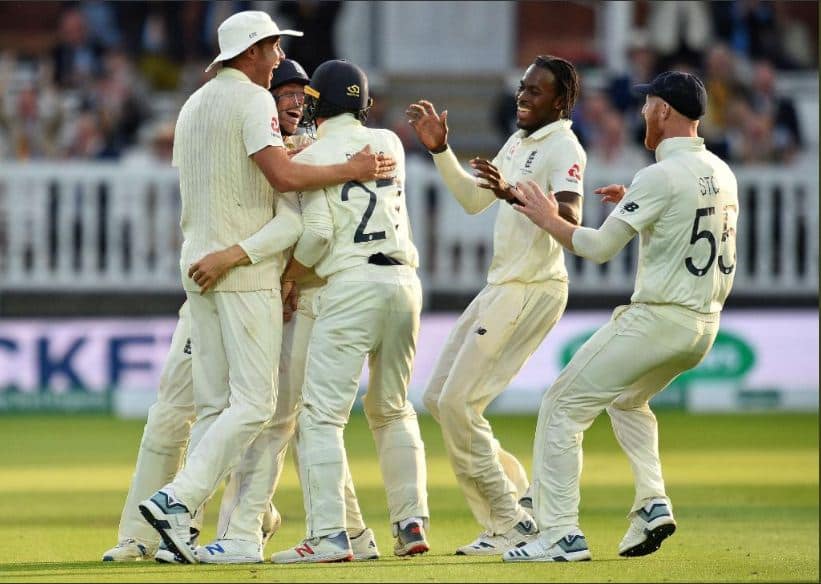 Jofra Archer grabbed six wickets in only his second Test match, as England bowled Australia out for 179 despite Marnus Labuschagne's defiant 74 at stumps on a rain-affected opening day of the third Ashes rubber here at Headingley on Thursday.

Archer, 24, returned magical figures of 6/45 while pace spearhead Stuart Broad supported him well with 2/32 as Australia never recovered after David Warner and Labuschagne associated for a 111-run third-wicket stand.

Missing batting mainstay Steve Smith, the Aussies lost Marcus Harris (8) early and were 12/1 at lunch with Warner, who roared back to form with a 61 from 94 balls (7x4), at the crease.

Harris was squared up by an unplayable Archer delivery which kissed the outside edge of his bat and flew to wicketkeeper Jonny Bairstow.

Archer and Broad had Australian openers in all sorts of trouble with the ball moving off the seam under helpful overhead conditions.

Warner struggled to middle the ball and looked all at sea. Harris managed to hit two fours before Archer had him and the skies opened up.

Broad had Usman Khawaja caught behind after lunch for just 8 before Labuschagne and Warner steadied the ship.

Warner was dismissed by Archer found his edge with a rip-roaring 90mph delivery that straightened off the pitch.

Once Warner was gone and the partnership broken, Labuschagne waged a lone battle as wickets tumbled around him with Archer cleaning up the tail. Ben Stokes (1/45) trapped Labuschagne in front to send him back and Archer did the same to Nathan Lyon as the visitors folded up for not even 200.

England skipper Joe Root had asked the Aussies, without star batsman Smith, to bat first after the toss was delayed due to inclement weather.

While the hosts named an unchanged squad, Australia made three changes in their playing XI as Harris, James Pattinson and Labuschagne replacing Cameron Bancroft, Peter Siddle and the injured Smith.