Stuard Broad gave England the early breakthrough by dismissing David Warner for eight runs in the third over of the Australian second innings. 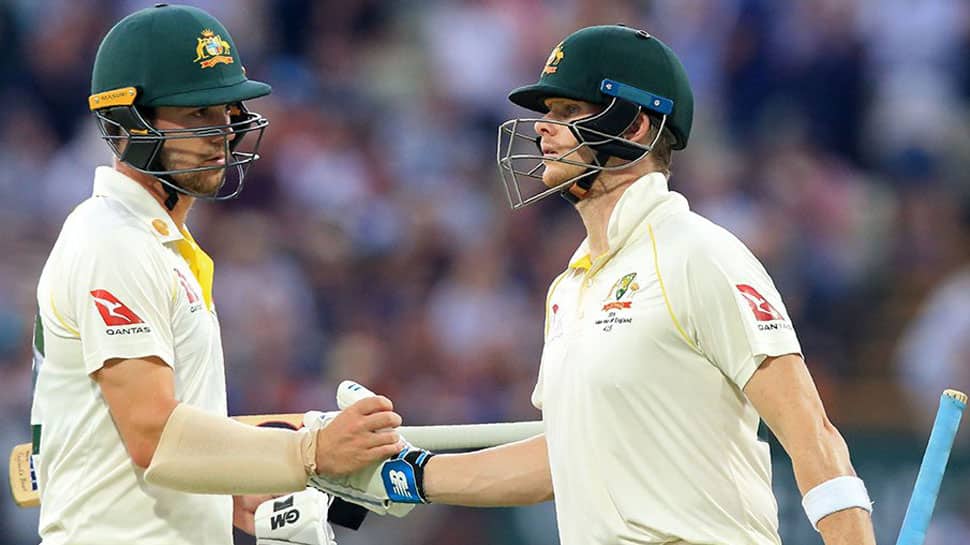 Australia hold a 34-run lead at the end of Day 3 with Steve Smith and Travis Head in the middle. Smith is four runs away from crossing his 50 for the second time in the match. Quick wickets will be a top priority for England when they start Day 4 and they will be looking to rein in Smith as much as possible.

Stuard Broad gave England the early breakthrough by dismissing David Warner for eight runs in the third over of the Australian second innings. Warner's opening partner Cameron Bancroft did not last long after that, falling to Moeen Ali for seven in the 10th.

However, Smith and Usman Khawaja then held up fort and ensured that Australia got close to England's total. Khawaja was more aggressive of the two, racing to 40 off 48 balls and his innings was punctuated by six fours. He fell to Ben Stokes after he got an inside edge that travelled to wicketkeeper Jonny Bairstow.

Smith then found able company in Travis Head and the pair put up 49 for the fourth wicket before bad light called for early stumps.

Earlier, England's tail battled hard to extend their lead to 90 as Australia dismissed them for 374 on Day 3 of the first Ashes Test at the Edgbaston Cricket Ground on Saturday.

A 65-run ninth-wicket stand between Chris Woakes and Stuart Broad ensured that their lead got close to the three-figure mark despite the hosts starting the second session with just two wickets in hand.

In what turned out to be another competitive session, England started with a lead of 44 runs. Woakes and Broad continued on the rebuilding work they had embarked on in the first session after Nathan Lyon and Peter Siddle took out England's lower middle order in quick succession.

Woakes was the man doing the bulk of the batting while Broad faced 67 deliveries before being dismissed for 29 by Pat Cummins. James Anderson could only bowl four overs on Day 1 before a recurrence of tightness in his right calf ruled him out for most of the proceedings after that.

But he did come out to bat on Day 3 after the dismissal of Broad and absorbed 19 balls for three runs before becoming Nathan Lyon's third victim of the innings. Woakes was unbeaten on 37.

West Indies vs India, 1st T20I: How the action unfolded