England need another 365 runs to win with eight wickets remaining heading into the final day and they will resume with Jason Roy and Joe Denly at the crease. 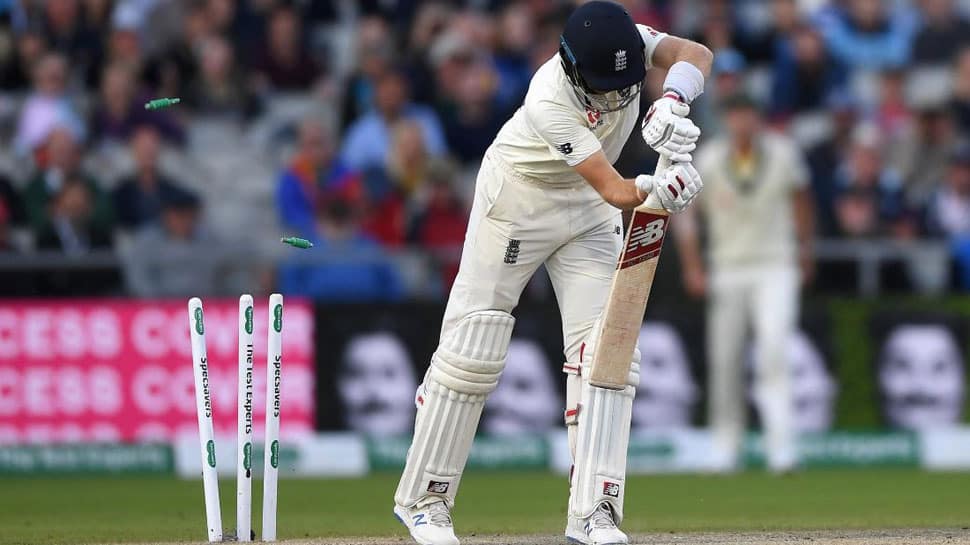 England somehow need to produce a second `miracle` if they are to avoid Australia retaining the Ashes with victory in the fourth Test at Old Trafford.

Yet coach Trevor Bayliss believes they can reproduce the spirit of their remarkable comeback in the third Test at Headingley and at least grind out a draw.

England need another 365 runs to win with eight wickets remaining heading into the final day and they will resume with Jason Roy and Joe Denly at the crease.

Joe Root`s side had chased down a record target of 359 in dramatic fashion in Leeds, but they had started the day only needing 203.

"Anything is possible. We saw that in the last Test match," said Bayliss.

"We have got a couple of guys out there and a few guys in the shed who are more than capable of scoring a hundred. We know it will be difficult on this wicket against this attack but as Ben Stokes showed last week, anything is possible," he said.

"We spoke about last week about who will put their hand up and be remembered. It is another opportunity tomorrow for someone."

"When you lose a couple of wickets like that close to the close of play it is a little disappointing but we are pretty upbeat about what we might be able to do tomorrow. Hopefully, we bat well, save the game and enjoy a beer after," he said.

Steve Smith, whose 82 in Australia`s second innings was incredibly his lowest score of the series and his ninth straight half-century or more against England, believes Australia are not about to repeat their Headingley meltdown.

Smith says the surface is offering plenty for the pace bowlers, as Australia showed with two quick wickets in the final session.

"I think it will be difficult (for England), particularly while the ball is hard. I found when I first went out to the middle, when you bowl a good length, there was enough up and down and sideways movement," he said.

"It`s just about relaxing and going out and just enjoying it and hopefully executing our skills well enough to bowl England out tomorrow."

It will be Steve Smith's Ashes if Australia prevail, says Allan Border