Mitchell Starc claimed four wickets in the match against England and with 19 scalps in ICC Cricket World Cup 2019 so far, is the leading wicket-taker. 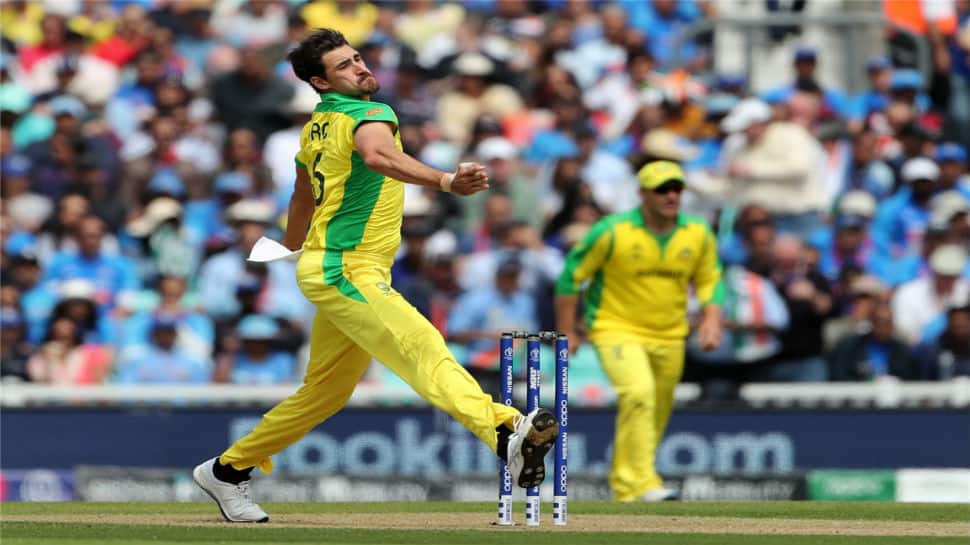 Australia became the first team to book a place in the semis of ICC Cricket World Cup 2019 on Tuesday. The 64-run win against England at Lord's was commanding and comprehensive with Mitchell Starc's 4/44 helping him become the leading wicket-taker in the tournament so far. The menacing pacer, however, said now was hardly the time to take the foot off the gas and wants Australia to retain the momentum.

Australia dominated the match against World No. 1 England and Starc played a big role in ensuring the eventual triumph. With 12 points from seven matches, his team is assured of a place in the semis but Starc feels there is still much that needs to be done before the knockout stage. "There’s a lot of cricket to come before semi-final time. We’ve got two really important games," he was quoted as saying in a report published by the International Cricket Council (ICC). "We’ve got another game here (Lord's) against New Zealand, which is going to be tough. They’re playing some fantastic cricket and they’ve really gone under the radar. Nobody’s really spoken too much about them and they keep winning games."

New Zealand, as on Wednesday, ranked second in the points table, followed by India and England. While New Zealand and India are also likely to earn a place in the semis, the fourth spot may well be up for grabs if England continues to slide and teams like Bangladesh, Sri Lanka and Pakistan have luck and labour paying dividends.

The Aussies, however, would be guarding against any complacency which could creep in owing to their qualification. The team lost to India - its only blemish in this World Cup so far, and would like to ensure that their winning machismo remains intact. Starc, now with 19 wickets, would be hoping to play his part in ensuring it.

This is our World Cup: Ben Stokes assures fans despite England's loss to Australia