The prospective return of Steve Smith and David Warner has been complicated by elbow injuries, with the former Australian skipper's more serious problem requiring major surgery and likely to sideline him right up to the expiration of his ban. 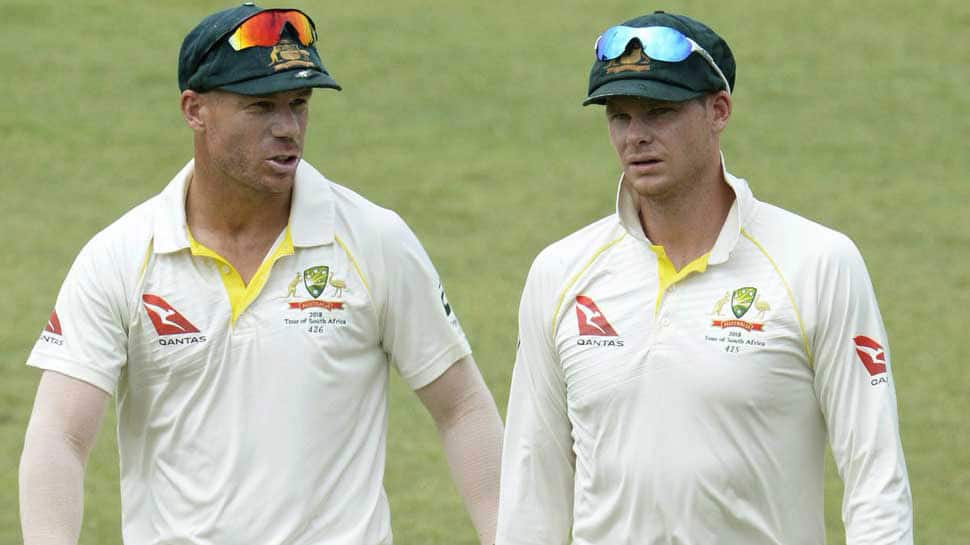 Steve Smith and David Warner will not be rushed back into the Australia side as soon as their bans expire next month, but coach Justin Langer thinks it would be "crazy" not to include them in the World Cup squad.

The former Test captain and vice-captain, Australia's best two batsmen, will become eligible for state and international cricket on March 29 after serving one-year bans for their part in the Newlands ball-tampering scandal.

The prospective return of both has been complicated by elbow injuries, with Smith's more serious problem requiring major surgery and likely to sideline him right up to the expiration of his ban.

Coach Langer, who will prepare sides for both the World Cup defence and Ashes tour over the next few months, said the timing of their international returns would depend both on the injuries and also on how much cricket they were able to play.

"They're going to need to get some cricket before coming back into the squad. It's all part of the management. We'll have to wait and see," he said.

"We know it's been a tough time for them, it's been a tough time for Australian cricket, but we know the integration has been going for the last nine or ten months, it's getting closer, isn't it? And that'll be a continued process.It's about how much cricket they get to play between now and then. They'll find opportunities. We'll find opportunities," Langer continued.

With both players retained by their franchises for this year's Indian Premier League beginning on March 23 and Australia playing an ODI series against Pakistan in March-April, there will be plenty of opportunities for them to show their form and fitness.

Australia must select their squad for the World Cup on April 23 and it was reported that Smith might even be left out to allow him to play longer-form cricket and ensure he is good to go for the Ashes.

An Australian newspaper said the pair were unlikely to be involved in the series against Pakistan in the United Arab Emirates but would play in the IPL as a preparation for the World Cup.