India won the four match Test series 2-1 with the fourth Test ending in a draw on Tuesday. Katich said that the Australian batsmen couldn't manage the period of pressure well enough. 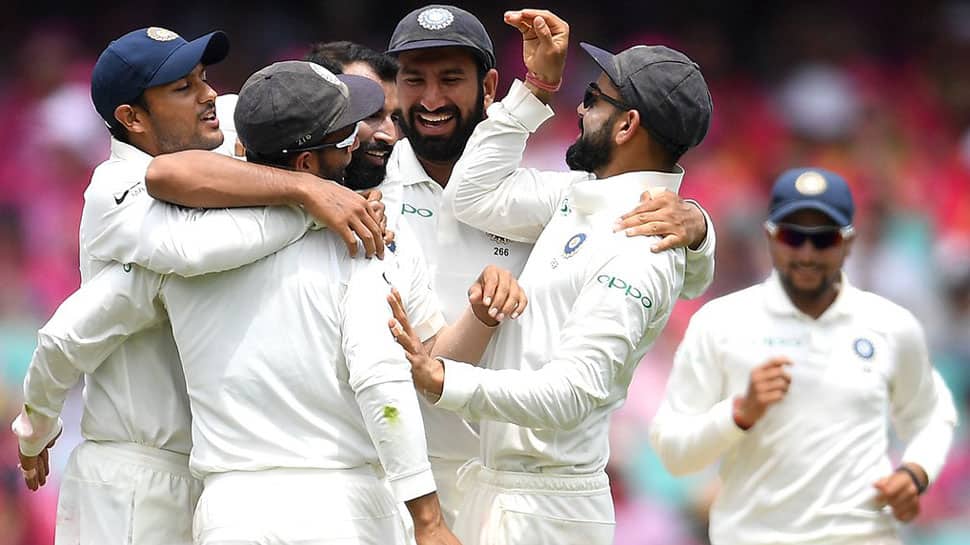 Former Australian international Simon Katich on Tuesday said that the Indian pacer's ability to maintain "scoreboard pressure" on impatient and needlessly aggressive home batsmen proved to be decisive in the visitors' maiden Test series triumph Down Under.

India won the four-Test series 2-1 with the fourth Test ending in a draw on Tuesday. Katich said that the Australian batsmen couldn't manage period of pressure well enough.

"On previous tours they (pacers) haven't been doing well in these conditions. But in this series, this pace attack was magnificent and they built scoreboard pressure. They have got pace and variety, and they were also able to move the ball. Perhaps that has been the big difference in the two teams," Katich told PTI.

"India's bowlers were really patient and Australia's batsmen haven't been patient enough to withstand that pressure. And very good spinners backed up the pacers, whether it was R Ashwin, Kuldeep Yadav or Ravindra Jadeja," he said.

Katich said that the Australian batsmen did not apply themselves after getting starts.

"At times the Australian batsmen showed they could apply themselves well but they couldn't do it for long periods of time. You need to do it day-after-day in Test cricket. Marcus Harris had had a good series. He has got time and a good technique. But he got a lot of starts and didn't go on to make a big one, much like the other batsmen."

"When Australia look back at the series, they will see that they have got out trying to be too aggressive. They didn't show the right shot selection or right temperament at the right time in any Test match. There was too much one-tempo batting, rather than going with ebbs and flows while respecting the opposition bowling."

Katich said that the Indian attack is rounded well to continue doing so in overseas.

"It's a huge win, historic, because it's the first time it has ever happened in Australia. They should be very proud of the achievement and the way they have gone about it. It's a squad achievement given that there have been changes in the line up from Test to Test and they were very well led by Virat Kohli."

"It should be (a stepping stone for India and its bowling attack). Jasprit Bumrah has only just started his Test career and he has been outstanding. He has plenty of improvement in him because he has just started playing his cricket in the last 12 months. Then you look at Mohammed Shami, he has been brilliant and Ishant Sharma's played his role nicely in the series."

"They have still got Bhuvneshwar Kumar who hasn't played but he is a very good bowler and obviously a couple other youngsters in the pipeline coming through. Khaleel Ahmed has been around in ODIs and T20Is."

He reserved special praise for Cheteshwar Pujara who topscored with 521 runs in four Tests, whilst suggesting that the Indian top-order is in good hands as Prithvi Shaw and Mayank Agarwal would form an impressive combination.

"I don't think there will be huge issues with the opening batting (in the future) with Prithvi Shaw to come back. That was a big loss; he has shown that he is a very good young player. Agarwal has come in and got off to a good start in his Test career. Pujara has been very good in each of the three hundreds he has scored this series. That's what set India up for a massive win," he said.

Attention now turns towards the three-ODI series starting in Sydney on Saturday. Katich said that the Australian batsmen must grab opportunities before the return of banned David Warner and Steve Smith.

"It is going to be a big challenge in the ODIs too because our record in the last 12 months has been poor. India will go into that series feeling very confident and Australia do have to start to get things right because the World Cup is not far away. So this is a really important series for those who want to be on that plane to England."

"With those two out until later, it is a great opportunity for some of the Australian batsmen to really show what they can do in ODI cricket. So the current batsmen have to make most of the opportunities because if Warner and Smith do fit back into the plans, and do everything right, and are welcomed back, then other guys will be making way for them," he said.

From an Indian perspective, he said that the Men in Blue are primed for a good World Cup, particularly with their two wrist spinners Kuldeep Yadav and Yuzvendra Chahal doing well over the last 12 months.

"Those two spinners in particular have made a difference to the Indian ODI team. They have been outstanding in taking wickets and in their strike rates as well. That's a big advantage India have going into the World Cup, having two world-class spinners who can spin both ways and do damage in the middle. India are well set for a good World Cup."