Cheteshwar Pujara's masterful innings completely wore down the Australian bowling attack and set the template for Rishabh Pant to score his hundred as well. 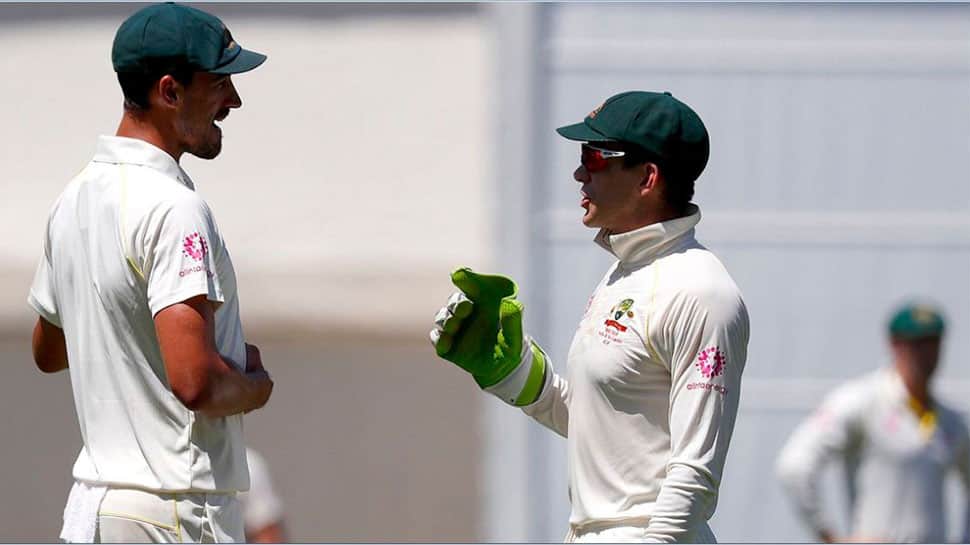 Australian skipper Tim Paine on Friday insisted that there was no difference of opinion between him and his bowlers on the opening day of the fourth Test, contrary to the claims of bowling coach David Saker.

It was a surprise mid-Test press conference by the Australian captain on day two when India declared for 622 for seven.

Paine said that they did get some plans wrong, but there was nothing as worrying as a disagreement.

"We always have discussion post game but in terms of being on a different page, no. I think we are pretty clear on what we're trying to do. Yesterday afternoon - and to be fair probably the first hour in the morning then the first hour after lunch we got it slightly wrong," said Paine.

"It can sometimes look like that but we know what we're trying to do. Sometimes you don't quite execute and teams can get away from you and that's what happened," he said.

Paine said that criticism is expected when the team is not doing well.

"When you're playing sport at the highest level and you don't perform as you should you're going to cop criticism. We all know that, we all expect that and we're all used to it.

"We know we've come up short with the ball the last two Test matches. We've copped criticism for it and we know we have to get better. We need to be honest about it before we can get better. We're not hiding from it but we'll come tomorrow and the next Test we play, and try and get better," he added.

Cheteshwar Pujara's masterful innings completely wore down Australia's bowling attack and set the template for Rishabh Pant to score his hundred as well.

Paine said that the hosts have a hard fight ahead of them after they finished day two on 24-0 after India posted a mammoth total.

"The mood (in the dressing room) is okay. 0-24 is not a bad start with the bat. There is a little bit of work to be done with the ball but you have to give India credit. Pujara was again superb and he wore us down. He did what he always seems to do. He was extremely disciplined, extremely tough and he's just hard to get out."

"That set the scene for Rishabh Pant to show his skill. I think in Test cricket you always have to accept that (tough days). We had a few in Dubai as well. When you get wickets like this and batters playing as well as these guys are and you can't move the ball it can be really, really difficult to get really good players out. We are finding that."

He further said that the Australian team has no control on the quality of pitches provided for the Melbourne and Sydney Tests, and they can only strive to play better as a team.

"It is what it is. We just have to play better than what we have. The pitch here and the pitch in Melbourne didn't make us bowl as badly as we probably we have in this test. We've just been outplayed. Both teams have had similar conditions."

"But from me, who also loves watching Test cricket, I'm sure guys would like to see a bit more pace and bounce in Australia. Something we've probably become accustomed to in Australia but it is what it is."

Paine praised the Indian batsmen who made the home team toil on field for the second game in a row.

"India made us bowl 170 overs in Melbourne, 160-odd again today. That takes its toll. We spoke about that right back in Adelaide, that's something we wanted to do to their attack. We haven't quite been able to do it and they've done it to ours."

"At the end of a long series, you can get some real rewards if you can make teams bowl lots and lots of overs. I think that's what you saw late today."

Praising Pujara's marathon innings of 193 runs, Paine said, "With Pujara if you're not swinging the ball he's extremely hard to get out. Early in the innings you're trying to hit his stumps and his pad. In the form he's in he's not missing too many."

"When the wicket is like it is and you can't swing the ball not many players miss them. He's been really patient and disciplined around his off stump. He's grinded our bowlers down."

"We tried to bounce him. We've tried lots of different things. He's faced about a million balls this series. We've tried wide of the stumps, at the stumps, Nathan Lyon's been over and around, I don't think there's too many things we haven't tried and he's been too good for us," he signed off.

Ravindra Jadeja's presence at the other end helped me bat differently: Rishabh Pant