The 21-year-old sustained an ACL strain to her left knee during a training session with Victoria in December 2019 and now, she is expected to remain sidelined for two to three weeks. 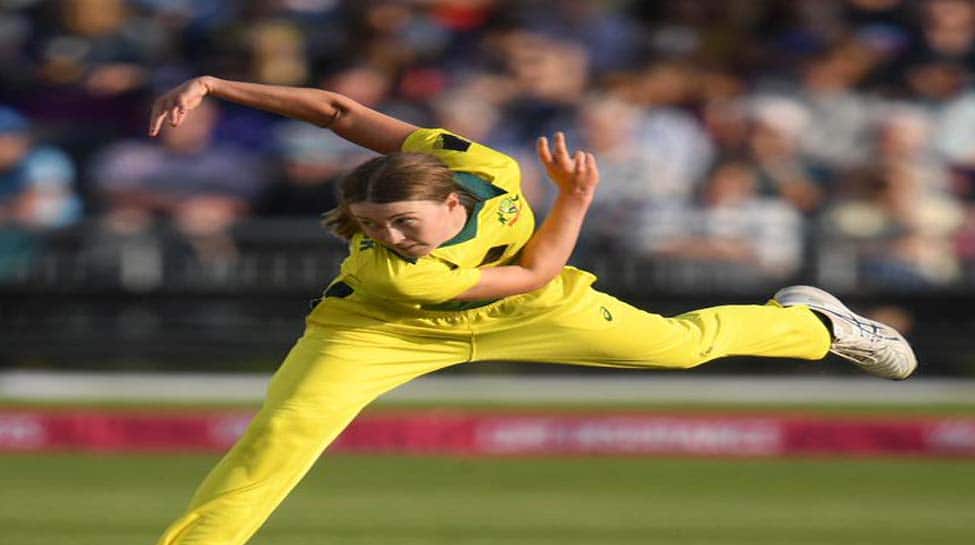 The Australian women's cricket team has suffered an injury blow ahead of the International Cricket Council (ICC) T20 World Cup as fast bowler Tayla Vlaeminck has been ruled out of Victoria’s upcoming 50-over Women’s National Cricket League matches due to a knee strain.

The 21-year-old sustained an ACL strain to her left knee during a training session with Victoria in December 2019 and now, she is expected to remain sidelined for two to three weeks.

"Tayla sustained a mild ACL strain while bowling at training prior to Christmas," cricket.com.au quoted a Cricket Victoria spokesperson as saying.

Though Vlaeminck is unlikely to miss the ICC T20 World Cup, she is all set to miss Victoria’s upcoming matches against Western Australia at Junction Oval on January 7 and 9.

"Following advice from team medical staff, Tayla is expected to miss two to three weeks and will be unavailable for the upcoming WNCL fixtures for Victoria, the spokesperson added.

Regarded as one of the world's quickest bowlers, Vlaeminck has been a crucial part of the Australian women's cricket team since making her international debut in late 2018.

Earlier, Vlaeminck was forced to miss half of the fourth edition of the Women's Big Bash League (WBBL) and an ODI series against New Zealand in early 2019 due to a partial tear in her left knee.