Healy achieved the feat when she successfully caught the ball, which was dropped by a drone from 80 metres above the ground. 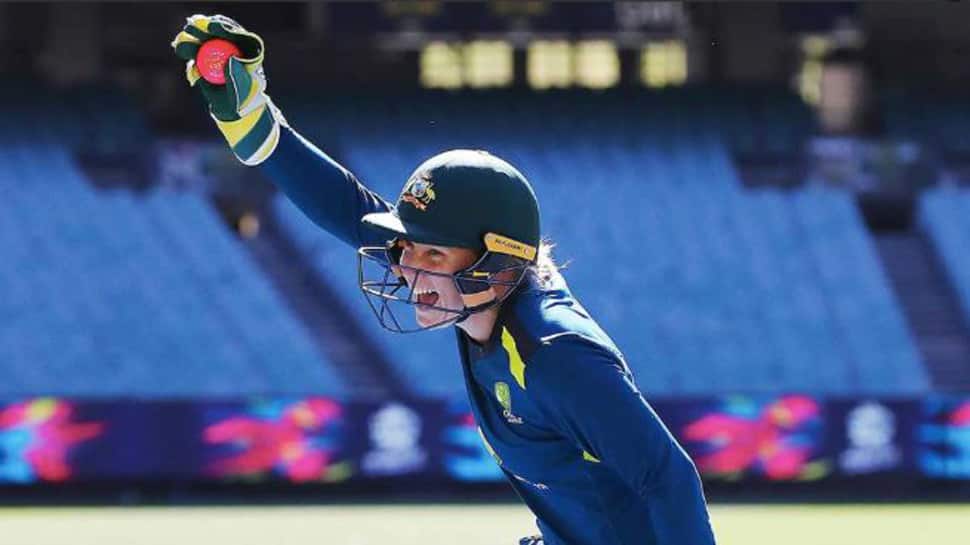 Australian women's cricket team wicketkeeper-batsman Alyssa Healy has set a Guinness World Record by grabbing the highest-ever catch of a cricket ball by any player in the game.

The 28-year-old added the world record to her list of accolades at the Melbourne Cricket Ground (MCG) during a promotional event to mark tickets going on sale a year out from the International Cricket Council (ICC) Women's T20 World Cup in Australia.

Healy achieved the feat when she successfully caught the ball, which was dropped by a drone from 80 metres above the ground. With this, the Australian player broke the previous record of 62 meters held by England's Kristan Baumgartner in 2016.

Healy, who made several unsuccessful attempts--including missing a 64-meter catch-- before eventually taking the record catch, expressed her pleasure after setting the world record.

"After I didn't get a hand on the first practice and then the next one went straight through my gloves there was cause for concern. You don't get the cue from the ball going up in the air off the bat and it was swinging a lot on the way down because it just gets dropped," ESPNcricinfo quoted the right-handed batwoman as saying.

"As you can tell in the video, it was pure elation to get it, I didn't want everyone to come and not get the record so when I'd secured it in the gloves I carried on like a bit of a pork chop, but overjoyed to break the record," she added.

Australia will kickstart their campaign at the Women's T20 World Cup against India at the Sydney Showground on February 21, 2020.