This time, both the leagues will witness more matches than previous seasons. 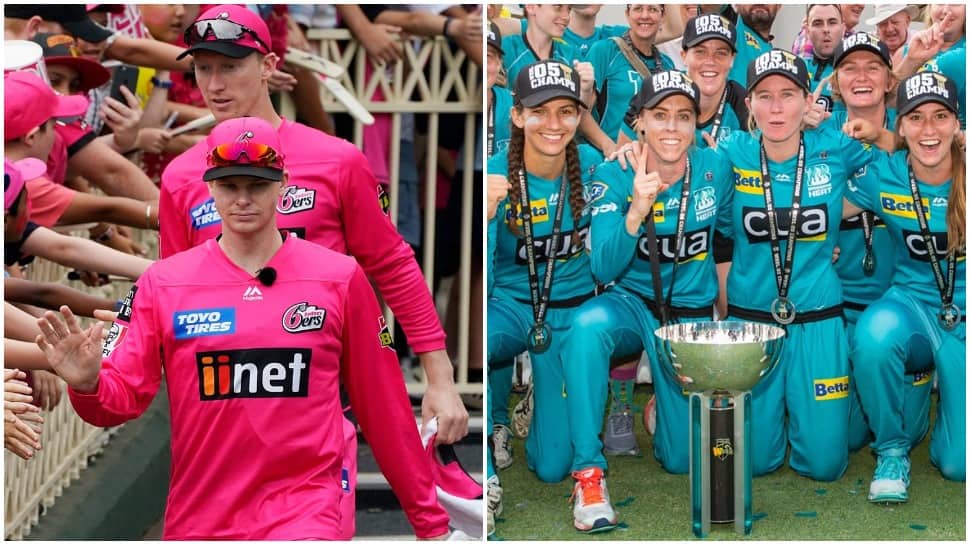 The season 10 of BBL will witness Adelaide Strikers hosting the Melbourne Renegades on December 3. The match is slated to take place after stumps on day one of the first Test between Australia and India at the Gabba.

The sixth edition of WBBL is scheduled to begin on the weekend of October 17-18, when the defending champions Brisbane Heat will lock horns with the Adelaide Strikers.

This time, both the leagues will witness more matches than previous seasons. BBL-10 will have 56 regular season matches, eleven more than last season, with a further four twilight matches, while WBBL-6 will witness a total of 59 matches.

The five-match BBL-10 Finals series will be played on February 6, 2021. WBBL season’s three-match finals series is scheduled to be played from November 27-29. 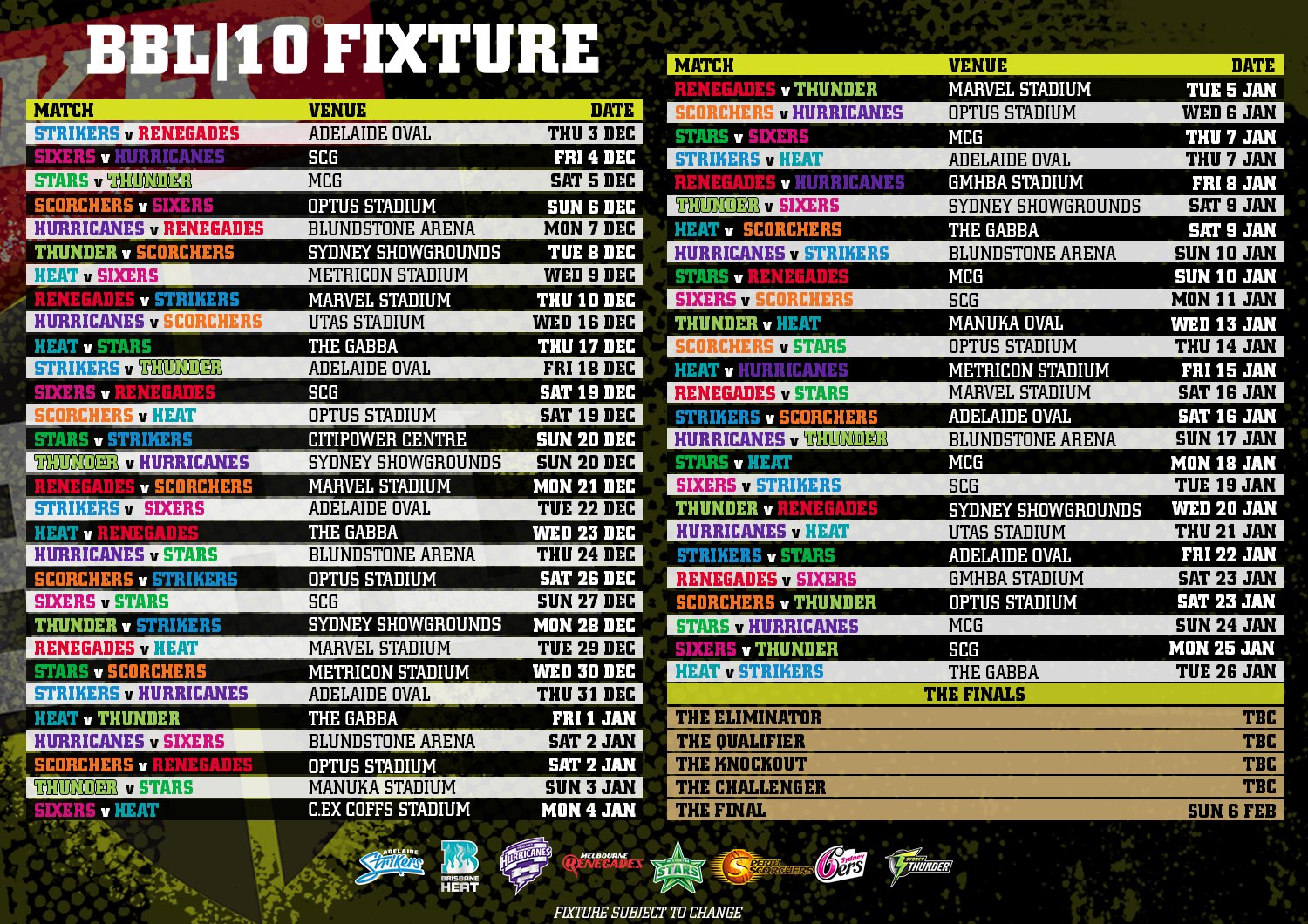 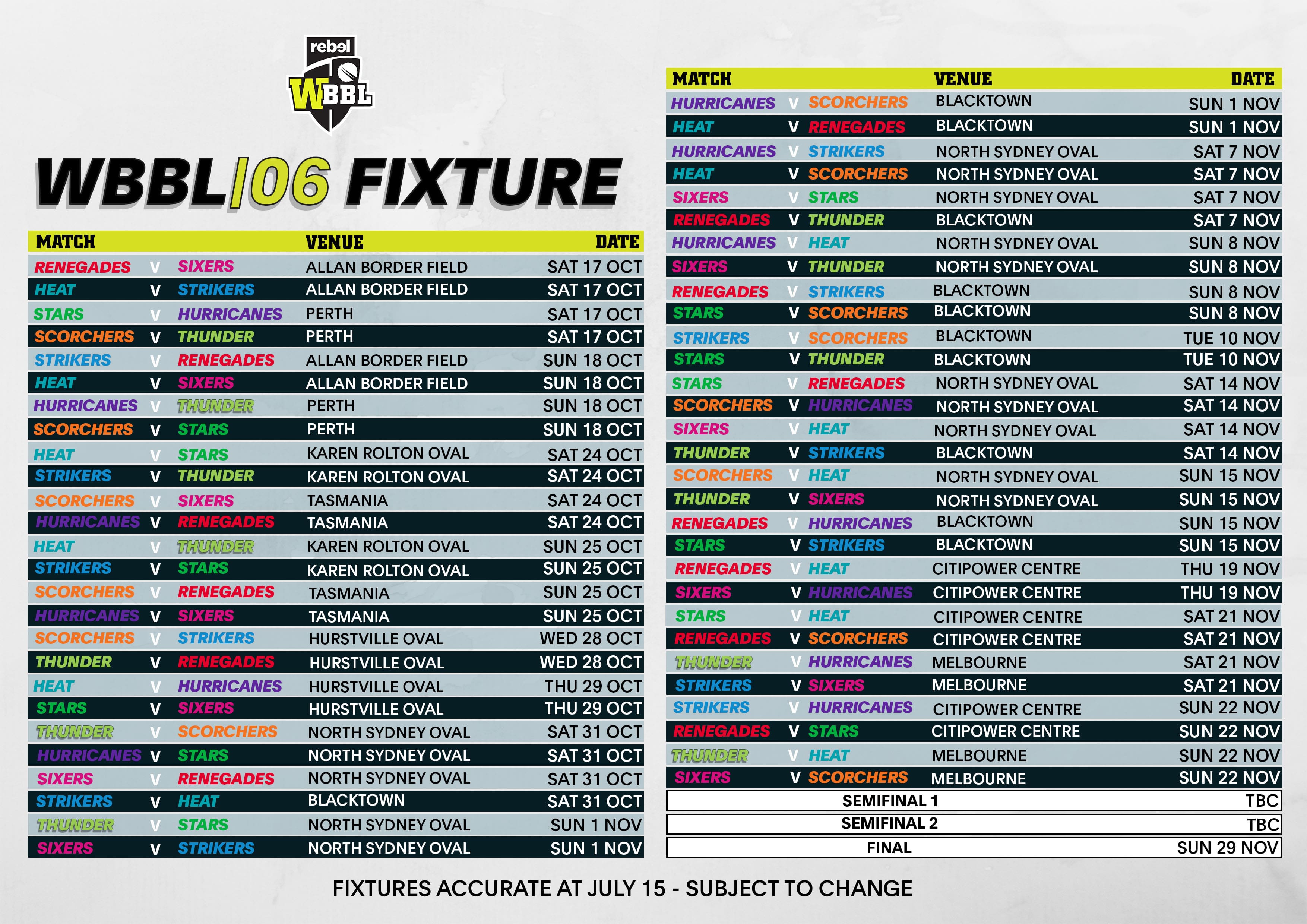 Alistair Dobson, Cricket Australia Head of Big Bash Leagues, described the expanded broadcast presence as a win for supporters and a significant achievement against the backdrop of the challenging COVID-19 environment.

"As the BBL approaches its tenth season, the League, our Clubs and our Partners are doing everything possible to ensure that we are set and ready to go for a great Summer of Big Bash," Dobson was quoted by Cricket Australia.

He added, "“While we know that the challenging, fast-changing coronavirus pandemic could ultimately mean revisions to the schedule, there is nonetheless a lot to like about the way both competitions are shaping up. It is our sincere hope that the WBBL|06 and KFC BBL|10 will go some way towards lifting the spirits of, and restoring a sense of normality to, the nation."