Australia's Dan Worrall out of Ashes contention after fresh back injury

The 2019 Ashes series is slated to take place from August 1 to September 16. 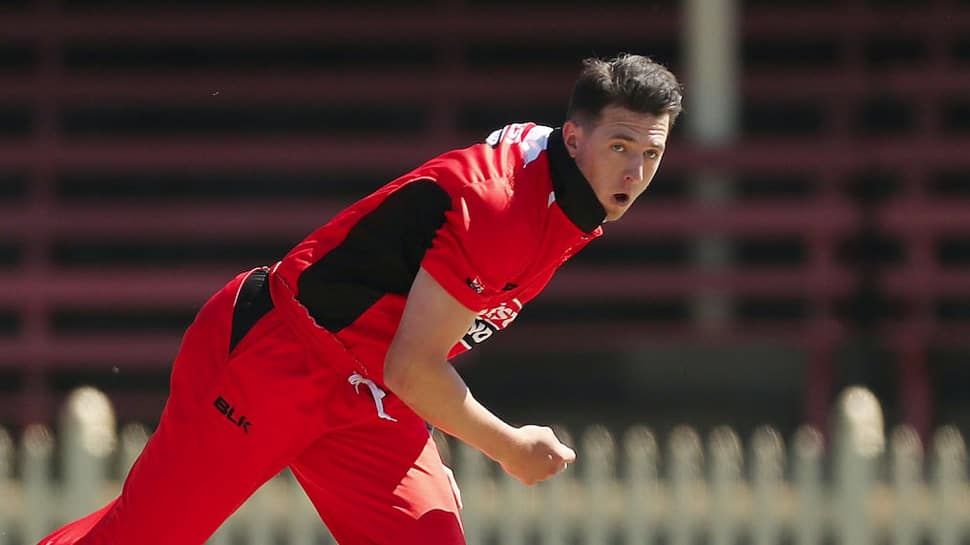 Pacer Dan Worrall's hopes of making it to Australia's Ashes squad has been shattered after his county cricket season was cut short due to a back stress fracture.

Having endured an injury-plagued last season with the Redbacks, the 27-year-old battled back from hamstring issues to play four games for South Australia at the JLT Sheffield Shield this season. He claimed 20 wickets at an average of 18.25 in those matches with eyes on Australia A and Ashes tours in the winter.

However, his hopes of featuring for Australia in the Ashes has been dashed after he experienced back soreness during his county Gloucestershire's clash against  Middlesex in Royal London Cup on April 21.

Now, Gloucestershire released a statement saying Worrall has been diagnosed with a stress fracture in his back and that he would now require some time at the sidelines to recover from the injury.

"Dan has had an interrupted domestic season in Australia with injury but came to England fully fit having successfully recovered from a hamstring injury.
Unfortunately, during the 50 over competition Dan suffered some back pain which meant he could not complete the match against Middlesex," cricket.com.au quoted the county as saying.

"Dan had multiple investigations where the Gloucestershire medical team eventually diagnosed a stress fracture in his back, which will require a period of time on the sidelines before returning to bowling," the statement added.

Meanwhile, South Australia's sports science and sports medicine manager John Porter said that Worrall's injury was a recurrence of a pre-existing stress injury and that he would now have at least the next 12 weeks off bowling.

In March, Worrall's hopes of forcing his way into Australia's Test squad were shattered when a hamstring injury curtailed his return to the Redbacks.

The 2019 Ashes series is slated to take place from August 1 to September 16.