Awarding six overthrows in final over an 'error' by umpires, claims Simon Taufel

England ended their 44-year wait for a maiden 50-overs World Cup by beating New Zealand on boundaries after a tied Super Over. But Australian Taufel suggested that the umpires had made an "error of judgement." 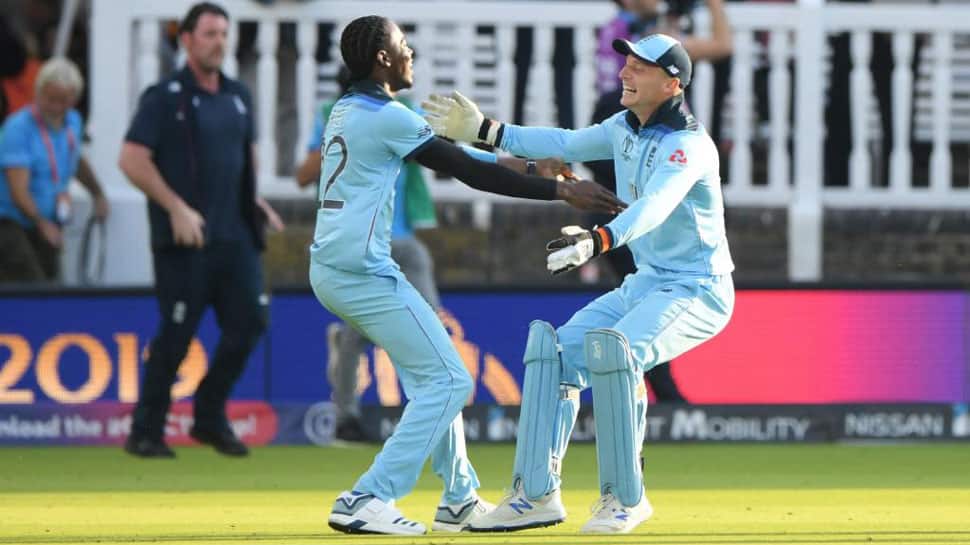 England should have been awarded five runs instead of six in the final over of Sunday`s World Cup title clash against New Zealand after a throw from the deep struck Ben Stokes` bat and ran away for a boundary, former umpire Simon Taufel has said.

England ended their 44-year wait for a maiden 50-overs World Cup by beating New Zealand on boundaries after a tied Super Over. But Australian Taufel suggested that the umpires had made an "error of judgement."

With England needing nine runs from the last three balls of the final over, Stokes desperately dived to complete a second run when Martin Guptill`s throw from the deep hit his bat and went to the boundary, prompting the umpire to signal six runs.

"It`s a clear mistake. It`s an error of judgment. (England) should have been awarded five runs, not six," Taufel, who is part of cricket`s law-making body, told foxsports.com.au.

MCC`s law 19.8, which deals with overthrows, says: "If the boundary results from an overthrow... runs scored shall be any runs for penalties awarded... and allowance for the boundary, and runs completed by batsmen, together with the run in progress if they had already crossed at the instant of the throw or act."

The governing International Cricket Council could not be immediately reached for comment about the decision of the umpires.

Cricket website ESPNcricinfo reported after reviewing footage that Guptill had released the ball when Stokes and Adil Rashid had not yet crossed for the second run.

Taufel said leg-spinner Rashid would have been on strike to face the last two deliveries had the second run been found to be incomplete.

However, he had sympathy for Sri Lankan umpire Kumar Dharmasena and his South African colleague Marais Erasmus, the men in the middle.

"In the heat of what was going on, they thought there was a good chance the batsmen crossed at the instant of the throw," the 48-year-old added.

"Obviously TV replays showed otherwise. The difficulty you (umpires) have is you`ve got to watch batsmen completing runs, then change focus and watch for the ball being picked up, and watch for the release (of the throw)."

"You also have to watch where the batsmen are at that exact moment... it`s unfair on England, New Zealand and the umpires involved to say it decided the outcome."