Azam scored an unbeaten 101 off 127 deliveries registering his 10th ODI century to help Pakistan emerged victorious by a margin of six pickets after being handed a target of 238 runs to chase. 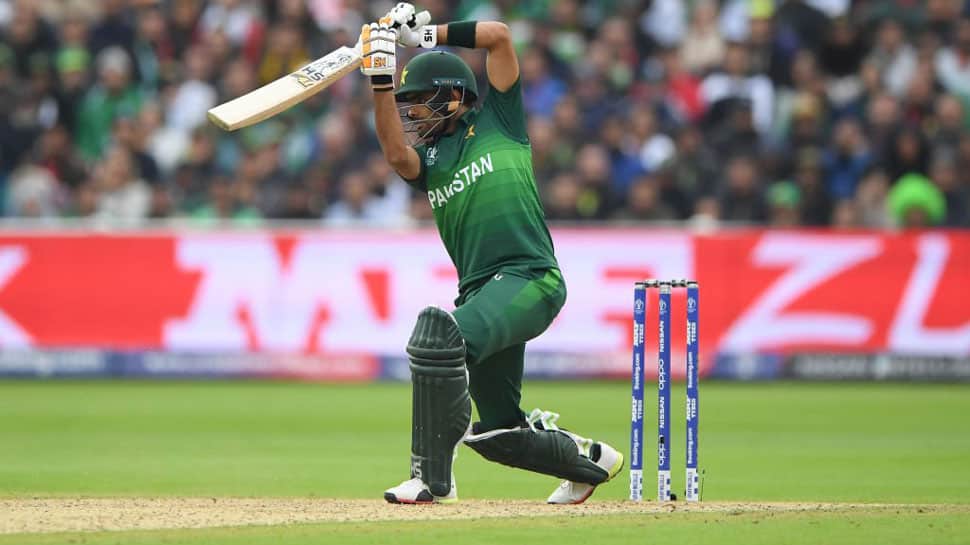 Pakistan batsman Babar Azam helped the side remain in contention for a spot in the top four, following a win against unbeaten side New Zealand in the 33rd match of the ICC Cricket World Cup 2019 in Birmingham on Wednesday.

Azam scored an unbeaten 101 off 127 deliveries registering his 10th ODI century to help Pakistan emerged victorious by a margin of six pickets after being handed a target of 238 runs to chase.

The batsman stitched a partnership of 126 runs with in-form batsman Haris Sohail to lead the side across the line following the cheap departure of openers Fakhar Zaman and Imam-Ul-Haq. Veteran Mohammad Hafeez was further dismissed for 32 off 50 deliveries to leave Pakistan in an uncertain position.

Azam mixed caution with aggression in an innings comprising of eleven boundaries on a pitch which was difficult to bat on.

Earlier, New Zealand skipper Kane Williamson won the toss and opted to bat. The side posted a total of 237 runs for the loss of six wickets in 50 overs following an unbeaten 97 by all-rounder Jimmy Neesham and 71-ball 64 by Colin de Grandhomme.

Pacer Shaheen Afridi was the leading wicket-taker for the Pakistan bowling attack with three wickets while conceding 28 runs. Mohammad Amir and Shadab Khan further accounted for a wicket apiece.