Chasing a modest target of 177 runs, Bangladesh openers started in a brisk fashion before Ravi Bishnoi claimed four wickets to put India on top. However, captain Ali (43) held his nerves and batted with ease to win the historic title for his country. 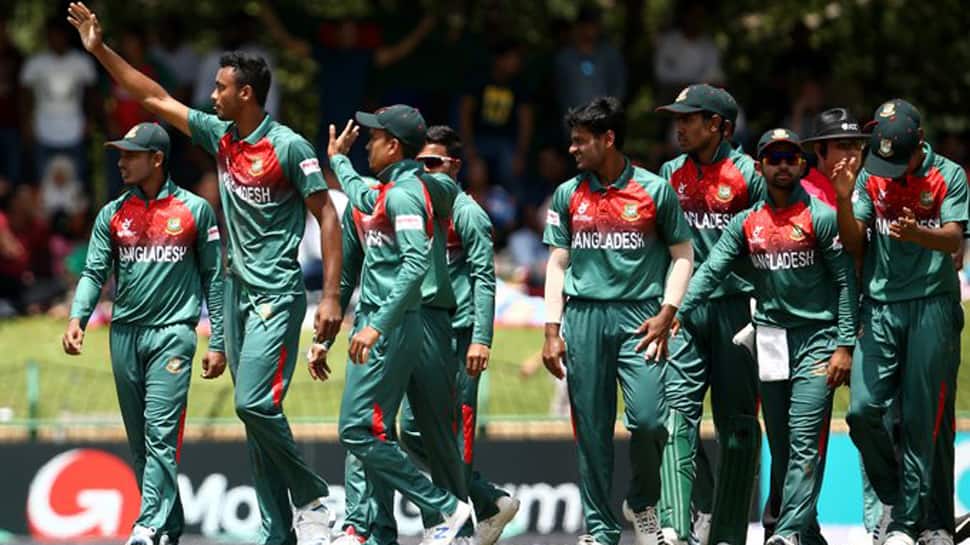 India were favourites to clinch a record fifth U-19 World Cup title but first-timers Bangladesh performed superbly to win their first World Cup at any level. Bangladesh skipper Akbar Ali was the star of the match as he remained unbeaten on 43 runs and batted with grit and determination to take his side home.

Chasing a modest target of 177 runs, Bangladesh openers started in a brisk fashion before Ravi Bishnoi claimed four wickets to put India on top. However, captain Ali held his nerves and batted with ease to win the historic title for his country.

Ali received good support from Rakibul as he batted 25 balls to score nine runs and did not allow India to win their fifth U-19 World Cup. "It's an unbelievable experience. We came here with plans and it worked out really well. Whichever team executes their plans better on the day wins, and that happened for us today," Rakibul said after the match.

Bangladesh opener Parvez Hossain Emon also batted well and went on to score 47 crucial runs despite an injury. Emon retired hurt from the pitch due to cramps but returned later and joined hands with Ali to put his team in a solid position. "It was a great experience. We are world champions now. I am feeling really good. It was a tough chase, and we had to work really hard. [This feels] just so good," he said.

Batting first, India scored 177 runs before they were all out in 47.2 overs. Opener Yashaswi Jaiswal top-scored for India as he hit 88 runs in 121 balls. Tilak Varma and Dhruv Jurel were the other two India U-19 batsmen who managed to reach double-figure mark. Varma scored 38 runs and Jurel contributed 22 runs.

For Bangladesh, Avishek Das was the star performer with the ball as he claimed three important wickets. Shoriful Islam and Tanzib Sakib took two wickets each, while Rakibul Hossain got one wicket.

Akbar Ali was adjudged man-of-the-match for his brilliant performance with the bat. "When I went into the middle, we just needed a partnership. I told my partners that we cannot afford to lose a wicket. The plan was simple. We knew India won't make it easy. They are a challenging side, and we knew it will be a difficult chase. I am a person who wants to keep things simple, In the first half of the tournament, I hardly got any chances to get in the middle, and I wanted to make it count today," said Ali after receiving the trophy.

Indian opener Yashasvi Jaiswal was given player of the tournament trophy for his scintillating performance with the bat throughout the tournament. "I really enjoyed the tournament, I had a good experience here in South Africa, how to play on these wickets. I really enjoyed it. I needed to play my game, that was it. I keep thinking about what I need to play next, and I just worry about my process. I will do what I did last time, and I want to stick to that," Yashasvi said.

With the win, Bangladesh have become the seventh nation to have won an Under-19 World Cup. This is India's first defeat since 2016 final.

Bushfire bash: Tendulkar comes out of retirement for one over, faces Australia's Ellyse Perry