Mahmudullah had sustained a calf injury in the match against Afghanistan and managed to bat in pain before he was dismissed after scoring 27 runs. 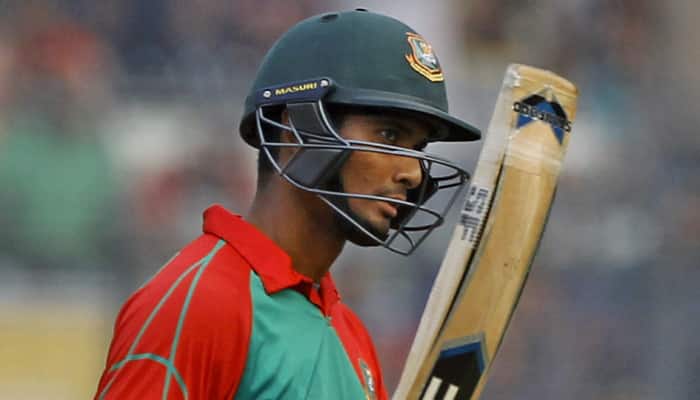 Bangladesh are hopeful that their key middle-order batsman Mahmudullah recover from an injury before the team's must-win game against India at Edgbaston on Tuesday. Bangladesh defeated Afghanistan on Monday to remain in the race for semi-finals of ICC Men's Cricket World Cup 2019.

Mahmudullah had sustained a calf injury in the match against Afghanistan and managed to bat in pain before he was dismissed after scoring 27 runs. The 33-year-old Mahmudullah, however, did not return to field in the secind innings and was taken to hospital for scans which revealed that he had sustained a grade one tear.

"Mahmudullah has sustained a low grade calf injury. We will monitor his progress over the next few days with regards to his availability for the next World Cup match,'' Thihan Chandramohan was quoted as saying by ICC. Team manager Khaled Mahmud Sujon has expressed hope that a week's break beforre the tie against India would give Mahmudullah enough time to recover in time.

“It’s a grade one tear. But it is curable. Our next match is on Tuesday. We have seven days in our hand. It’s a 50-50 chance at the moment. We cannot say he will play, or he is ruled out from the next match. We have to assess the situation in the next few days. Mahmudullah is a very important player for our team. I believe he will be okay before the game,” Mahmud said.

Skipper Mashrafe Mortaza also echoed similar feelings and said tha the is sure that Mahmudullah would recover in time and would play against India. Mortaza added that Mahmudullah is capable of making up for the physical deficiency with mental strength.