Chief selectors Minhajul Abedin and Habibul Bashar announced the name of players who are included in the team for the mega event. 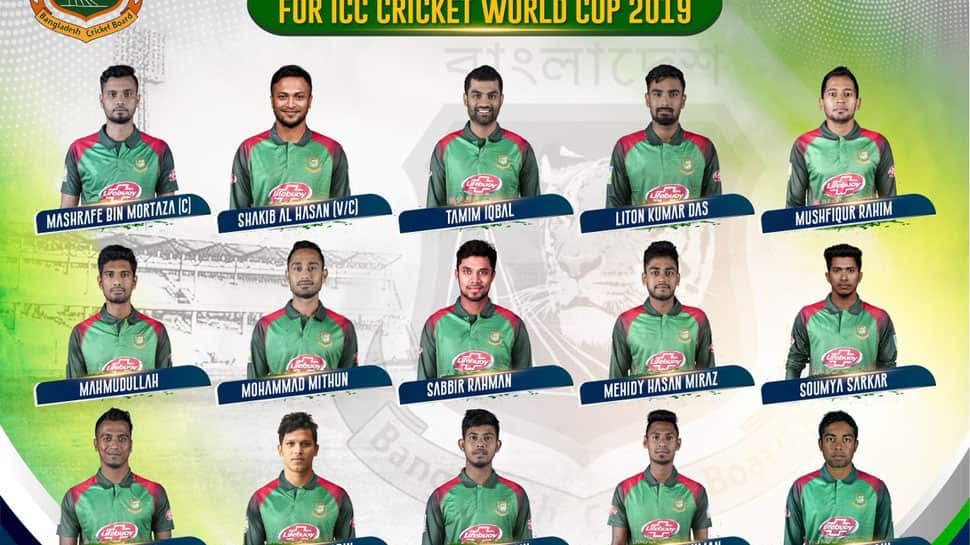 Bangladesh Cricket Board (BCB) on Tuesday announced the 15-man squad for World Cup, scheduled to begin in England on May 30. Chief selectors Minhajul Abedin and Habibul Bashar announced the name of players who are included in the team for the mega event.

Fast bowler Mashrafe Mortaza will captain the side, while star all-rounder Shakib Al Hasan will be his deputy. It may be recalled that Shakib had got injured during the tour of New Zealand but the BCB allowed him to play in IPL where Shakib played one game for his franchise Sunrisers Hyderabad.

Liton Das, who had failed to perform well during New Zealand tour, has also been named in the squad over Imrul Kayes. The selectors have not tinkered much with the middle order as both Soumya Sarkar and Sabbir Rahman have been named in the 15-man squad. Mohammad Mithun, Mohammad Saifuddin and Mehidy Hasan are also named in the squad. All these players re going to the World Cup for the first time.

The core of Bangladesh side, which includes Shakib, Tamim Iqbal, Mushfiqur Rahim and Mashrafe Mortaza and Mahmudullah, is included in the 15-man squad.

Bangladesh are scheduled to start their World Cup campaign against South Africa on June 2 at The Oval in London.