Asian teams are stamping their dominance on world cricket and it is not just traditional biggies like India who are leading the charge. In the recently concluded ICC Under 19 World Cup, Bangladesh took the honours winning their first title defeating four-time champions India at JB Marks Oval in South Africa's Potchefstroom and now their captain Akbar Ali has been named the skipper of the Cricket World Cup Team of the Tournament announced on Monday. 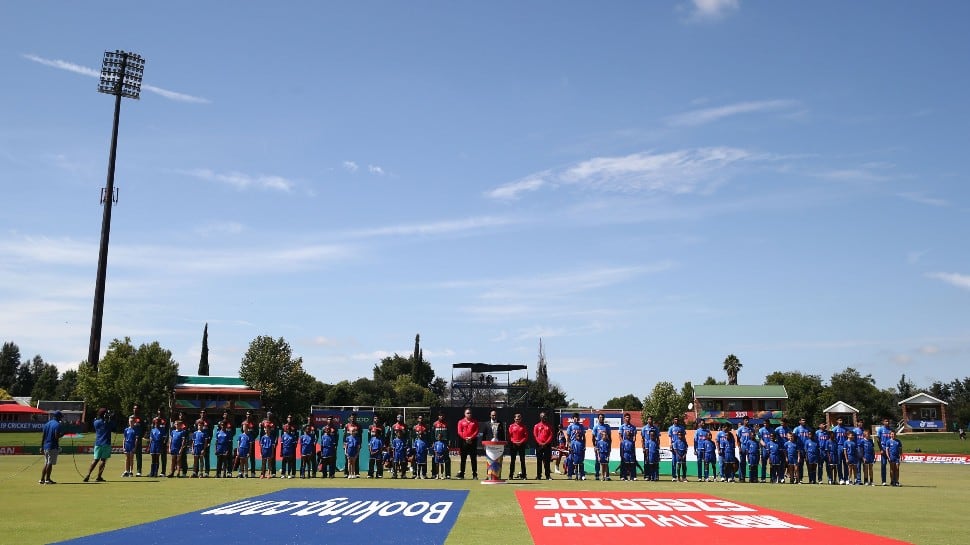 Asian teams are stamping their dominance on world cricket and it is not just traditional biggies like India who are leading the charge. In the recently concluded ICC Under 19 World Cup, Bangladesh took the honours winning their first title defeating four-time champions India at JB Marks Oval in South Africa's Potchefstroom and now their captain Akbar Ali has been named the skipper of the Cricket World Cup Team of the Tournament announced on Monday.

Indian colts Yashasvi Jaiswal, named Player of the Tournament, spinner Ravi Bishnoi and fast bowler Kartik Tyagi along with players of five other countries have been named in the 12-member Team of the Tournament. There are two other players from Bangladesh Mahmudul Hasan Joy and Shahadat Hossain. Afghanistan and the West Indies have two players each while Sri Lanka has one representative. The 12th player is a Canadian.

About their performances during the tournament:

Yashasvi Jaiswal (India)
Few will question the Indian openers’ claims to Player of the Tournament honours after he played a crucial role in leading his side all the way to the final. With 400 runs to his name in just six innings at an astounding average of 133, he topped the scoring chart comfortably, with an incredible 114 more than closest competitor Ravindu Rasantha.

Ibrahim Zadran (Afghanistan)
The side’s other opening spot goes to reliable Afghanistan batsman Ibrahim Zadran. He notched 240 runs in five innings at an average of 60 to help his country to a seventh-place finish, knocking 73 not out in the playoff against hosts South Africa to cap off their tournament in style.

Ravindu Rasantha (Sri Lanka)
The man who was closest to keeping on the coattails of Jaiswal in the scoring charts, Ravindu Rasantha’s total of 286 runs from six innings would likely have topped the table in most other circumstances. A swashbuckling 102 not out off just 111 balls proved the highlight of his competition as Sri Lanka downed Nigeria in the Plate quarterfinals.

Mahmudul Hasan Joy (Bangladesh)
The first representative from the winning side, Mahmudal Hasan Joy scored 184 runs at an average of 46 to prove a crucial linchpin in the Tigers’ line-up. But it was one innings in particular that sealed his place in this side, as a clutch century in Bangladesh’s Super League semi-final triumph over New Zealand helped to pave the way to glory.

Shahadat Hossain (Bangladesh)
Joy’s teammate Shahadat Hossain boasted a tournament-ending average to rival only Jaiswal’s. With three not-outs in his six innings, his 131 runs averaged out at a staggering 131.

Nyeem Young (West Indies)
An impressive fifth-place finish for the West Indies represented a solid return in South Africa, and in Nyeem Young the side seem to have unearthed a future star all-rounder. He underlined his credentials straight from the off, making 61 with the bat to top-score in his side’s group-stage opener against Australia, before taking five for 45 to beat England next time out – becoming the first West Indian to take a five-for and make a half-century in an U19 match.

Akbar Ali (Bangladesh)
The side’s captain led his nation to a maiden title, much to the joys of their travelling support in Potchefstroom. He skippered with aplomb from behind the stumps throughout, showing deftness with the gloves to dismiss six batsmen throughout the tournament.

Ravi Bishnoi (India)
The man to top the wicket-taking charts was Indian spinner Ravi Bishnoi, whose 17 in six matches left him with a miserly average of 10.64. And even though his side could not make it two titles in a row, Bishnoi almost dragged them to victory over Bangladesh in the final with an impressive four for 30.

Kartik Tyagi (India)
The first of the quicks in the line-up, Kartik Tyagi’s swing terrorised opposing batsmen throughout the tournament. He took 11 wickets at an average of 13.90 to augment what was a deadly bowling attack for India.

Jayden Seales (West Indies)
West Indian quick Jayden Seales truly staked his claim as one of the side's best up-and-coming fast bowlers as he looks to join a prestigious tradition. The 18-year-old claimed 10 wickets at an average of 18.30, with a spell of four for 19 a highlight against Australia as the West Indies triumphed in the groups.

Akil Kumar (Canada)
Akhil Kumar was the shining light in Canada’s campaign, as they sealed a 13th-place finish. The quick took 16 wickets at an average of 15.37, finishing with figures of six for 46 in Plate playoff victory over Japan.