Bangladesh women`s cricket team suffered a blow ahead of the ICC Women`s T20 World Cup Qualifier 2019 as their all-rounder player Rumana Ahmed has been ruled out of the tournament due to a knee injury. 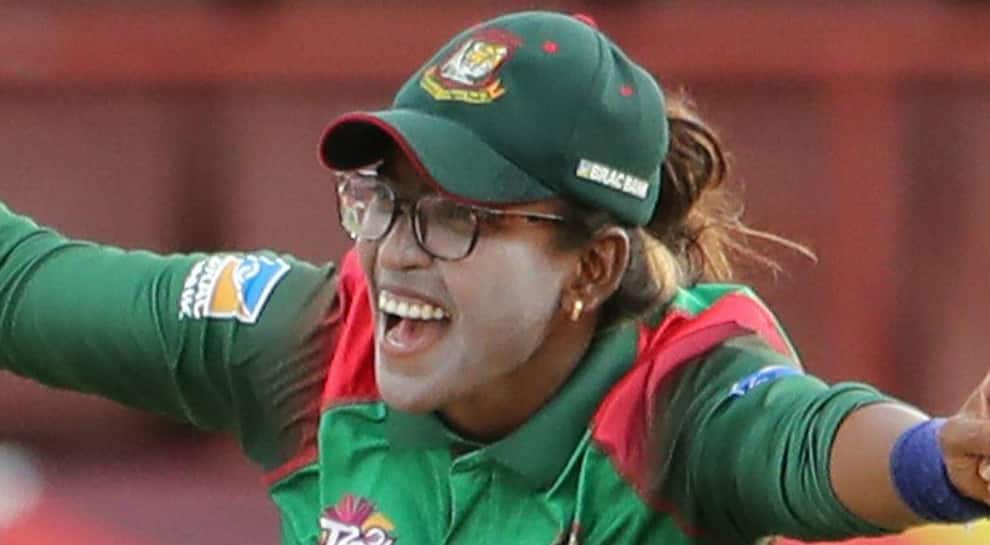 Bangladesh women`s cricket team suffered a blow ahead of the ICC Women`s T20 World Cup Qualifier 2019 as their all-rounder player Rumana Ahmed has been ruled out of the tournament due to a knee injury.

Nazmul Abedeen, the Bangladesh Cricket Board`s women`s wing manager, confirmed that Ahmed will take time to fully recover from an injury as she is undergoing a recovery program.

"We cannot consider her for the World T20 qualifier as she is going through a recovery program and it will take quite some time for her to recover fully. It is certainly a big loss considering she is an experienced cricketer and we will miss that experience in the middle," ICC quoted Nazmul as saying.

The 28-year-old is the second-highest run-scorer for the team with 663 runs under her name. She has 52 wickets in the T20Is and has captained the squad.

The leg-spinner all-rounder was one of two from Bangladesh who was a part of the Women`s Big Bash League rookie programme in 2017-18. She was also named in the ICC Women`s T20I Team of the Year in 2018.

The ICC Women`s T20 World Cup Qualifier will be played in Scotland from August 31 to September 7.

Bangladesh are the defending champions of the tournament and will start their campaign against Papua New Guinea at Forfarshire Cricket Club in Scotland on the opening day of the tournament.