India lifted the U-19 World Cup trophy for a record fourth time after dominating throughout the match and defeating Australia by eight wickets in the final. 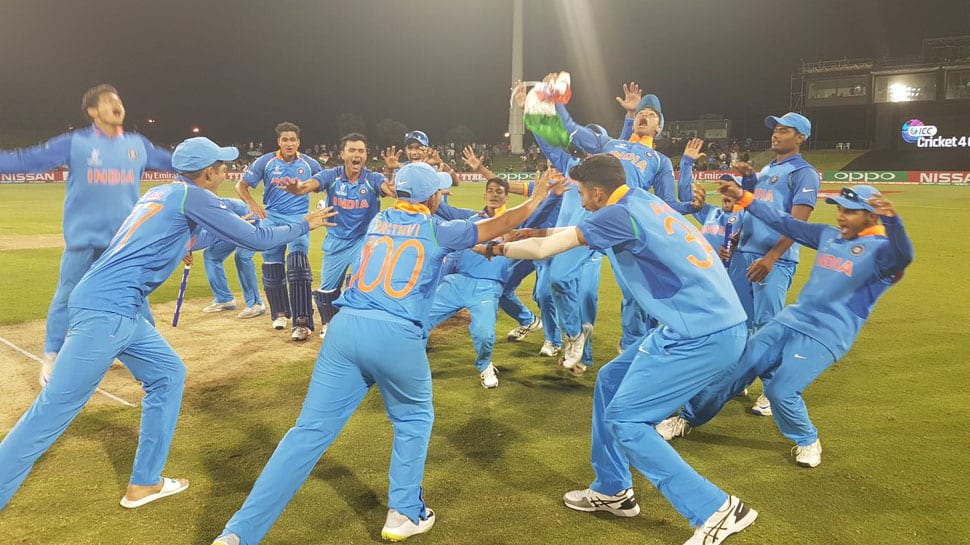 The Board of Cricket Control for India (BCCI) has announced huge prizes for the India U-19 cricket team for their spectacular show in the World Cup. Head Coach Rahul Dravid who is being credited for the team's extraordinary performance will be awarded Rs 50 lakh. The team members will be getting Rs 30 lakh each while the support staff will be awarded Rs 20 lakh each by the Indian cricket board.

India lifted the U-19 World Cup trophy for a record fourth time after dominating throughout the match and defeating Australia by eight wickets in the final.

The bowlers bounced back to dismiss Australia for 216 from 183 for four at one stage. India successfully chased down the modest target in 38.5 overs.

Delhi-boy Manjot Kalra emerged as the man for the occasion, scoring a sublime 101 not out off 102 balls and anchoring the innings after the loss of skipper Prithvi Shaw and team's leading scorer in the tournament, Shubman Gil.

India has now surpassed Australia in the race of most U-19 World Cup titles with this victory.

The World Cup trophy is a fitting tribute to Dravid in what inarguably is the biggest success of his coaching career. Under Dravid, the side had finished runner-up in the 2016 edition in Bangladesh.

India's previous title came in Australia six years ago when the Unmukt Chand-led team beat the hosts in the final. The Virat Kohli-led side was victorious in 2008 and Mohammed Kaif was captain when India triumphed way back in 2000.

Throughout the series, India were the overwhelming favourites and they played like one, dishing out dominant performances one after the other.