After dominating West Indies in all three formats of the game, Virat Kohli-led India will look to continue their winning momentum when they head into the T20I series against South Africa. 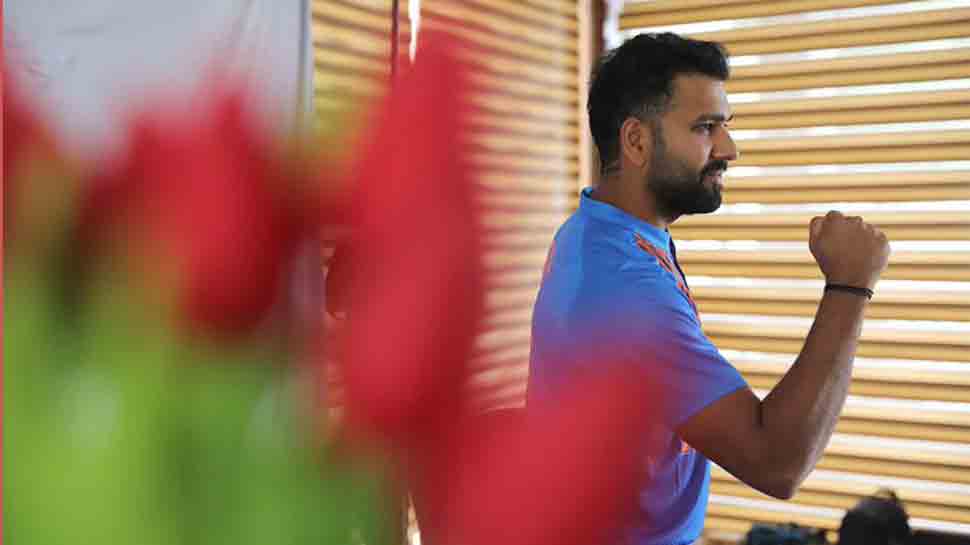 The Board of Control for Cricket India (BCCI) took to social media and requested its followers to wish good luck to Team India, who are all set to face South Africa in the three-match T20I series beginning Sunday at Himachal Pradesh Cricket Association Stadium in Dharamsala.

Taking to their official Twitter handle, the country's cricket board shared a picture of Indian opener Rohit Sharma and asked its followers whether they are ready for a 'Hitman' show tonight.

The BCCI then called on the twitteratis to send their best wishes for the Men in Blue.

"Ready for a HITMAN show tonight?Send in your best wishes for #TeamIndia as they take on South Africa in the 1st T20I.#INDvSA," the BCCI wrote.

Ready for a HITMAN show tonight?

Send in your best wishes for #TeamIndia as they take on South Africa in the 1st T20I.#INDvSA pic.twitter.com/S5i5Bufzjr

After dominating West Indies in all three formats of the game, Virat Kohli-led India will look to continue their winning momentum when they head into the T20I series against South Africa.

Rohit Sharma has been in teriffic form in the white-ball cricket over the last one year.Popularly known as 'Hitman' of cricket for his attacking nature of play, Sharma finished as the highest run-scorer in the 2019 ICC World Cup.

Though Sharma didn't have a great tour of the West Indies, he would be keen to shrugg off the same and continue his destructive prowess at the top of the order heading into the upcoming series.

Meanwhile, all-rounder Hardik Pandya--who was rested for the tour to the Caribbeans-- has been recalled in the national squad for the three T20Is against South Africa.

South Africa, on the other hand, have brought in three new faces in the form of Temba Bavuma, Bjorn Fortuin and Anrich Nortje. Quinton de Kock will lead the Proteas side as South Africa look to shrugg off their dismal performance at the 2019 International Cricket Council (ICC) World Cup.

The two sides had last met each other in the shortest format of the game in 2018 when the Men in Blue defeated South Africa 2-1 in the three-match T20I series at the latter's home soil.

India vs South Africa T20Is: 5 players to watch out for