BCCI gets Mohammed Shami's US visa approved after initial rejection

Shami picked up 14 wickets in just four matches he played at the World Cup 2019, where India lost to New Zealand in the semifinals. 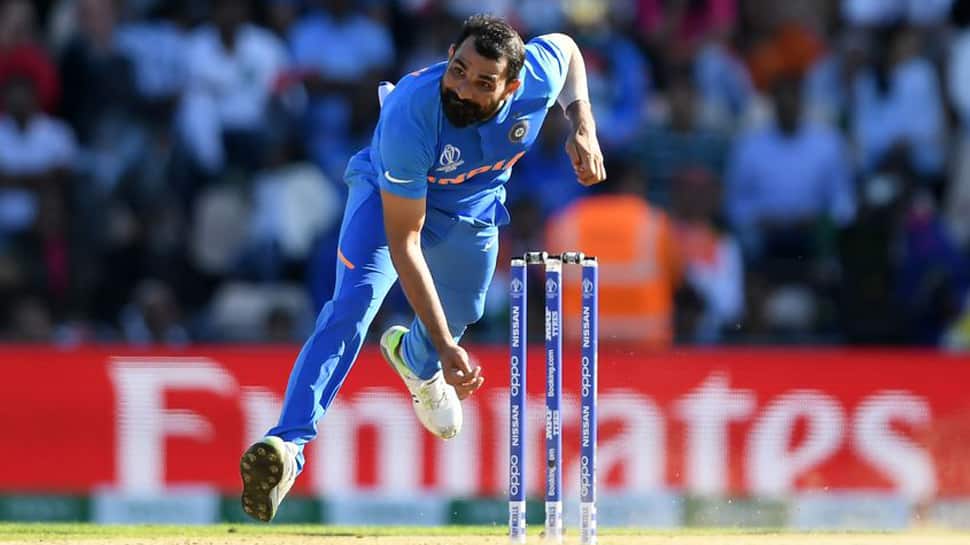 The US visa of Indian pacer Mohammed Shami, who is a part of the India squad for the upcoming West Indies tour, got rejected initially because of his existing police record and charges of domestic violence. However, the Board of Control for Cricket in India (BCCI) intervened to get the issue sorted and the visa was given to the fast bowler.

Speaking to IANS, a senior BCCI functionary said that Shami`s visa had been rejected due to the police records after the family problems that the player had gone through, but the board wrote to the embassy and the matter was cleared.

"There was some issue with the police verification part as he was involved in a problem with his wife. But the BCCI then wrote to the embassy and the matter was sorted," the functionary said.

Last year, Shami and his estranged wife Hasin Jahan separated after the latter accused her husband of adultery and domestic violence. Jahan filed an FIR against Shami in Kolkata. Their divorce case is currently sub-judice.

Shami had himself spoken about that phase of his life when the turmoil in his personal life also saw his fitness go for a toss and he was dropped from the Test team after failing a fitness test.

"I had some family problems at that point of time. The fitness test didn`t go well and I accept that I failed. But then, I wasn`t even in that frame of mind where I could focus on the match against Afghanistan. I wasn`t mentally prepared and had to undergo the Yo-Yo Test at that point in time and I flunked," he had told IANS.

Asked if that bothered him as people suddenly started talking about how it could be the start of the end of his international journey, Shami said, "Pressure was there, but I kept myself motivated and told myself that I have to work on my fitness and come back strongly."

India will be playing three T20Is, three ODIs and two Test matches on their tour to the Caribbean Islands which begins from August 3. The first two T20I matches will be played in Florida.

Shami picked up 14 wickets in just four matches he played at the World Cup 2019, where India lost to New Zealand in the semifinals.