However, it is still not clear whether N Srinivasan will attend the informal gathering. 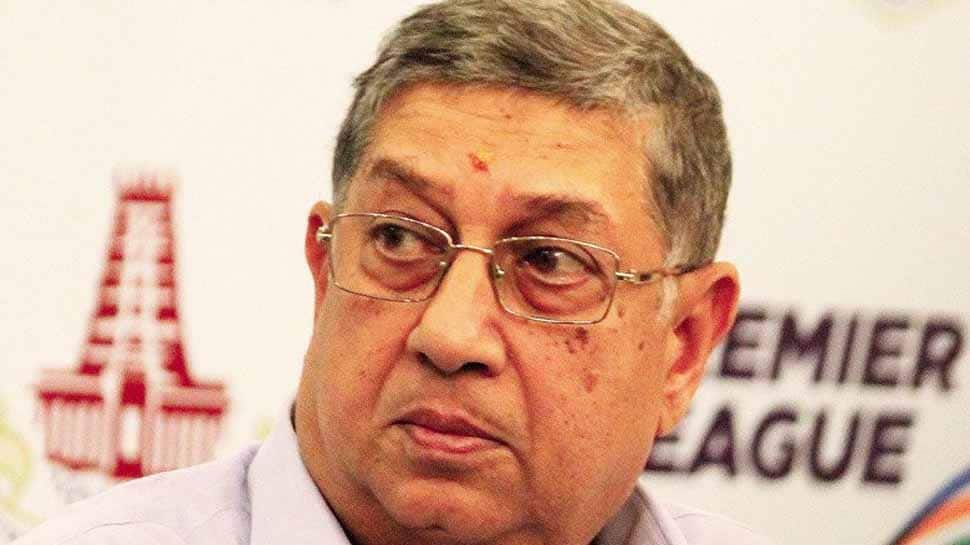 New Delhi: Cornered by the Committee of Administrators (CoA), three principal office-bearers acting president CK Khanna, acting secretary Amitabh Chaudhary and treasurer Aniruddh Chaudhry have decided to bury the hatchet and are set to discuss the way forward along with some of the other loyalists of former BCCI president N Srinivasan in an informal meeting in the capital on Saturday.

However, it is still not clear whether N Srinivasan will attend the informal gathering.

"Yes, there is a plan to meet over coffee and discuss a few things about how the BCCI is being run at the moment. We can still confirm how many people will meet and we would like to keep the location undisclosed at the moment. I would also not like to divulge whether Mr Srinivasan will join the discussions or not," a senior state unit official, who is expected to join the meeting told PTI on Friday.

Apart from the three office-bearers, the aggrieved officials like former secretary Niranjan Shah and a few others are expected to join the discussions. It will be interesting to see if ousted BCCI president Anurag Thakur joins the get-together or not.

It is expected that discussions will be more about the way forward once the Supreme Court gives the go-ahead to the COA for conduction of Annual General Meeting (AGM).

While a lot of officials, who are coming might not be eligible as per Lodha Committee recommendations but once the election is announced, most of them would want their men to be in the reckoning as they still enjoy a lot of loyalty in their respective associations.

"Let's be practical. Srinivasan may not come to power but he still enjoys undivided loyalty from at least 12 to 13 units. That's a lot in BCCI's election politics. The meeting is about to create a roadmap for the future," a veteran official said.