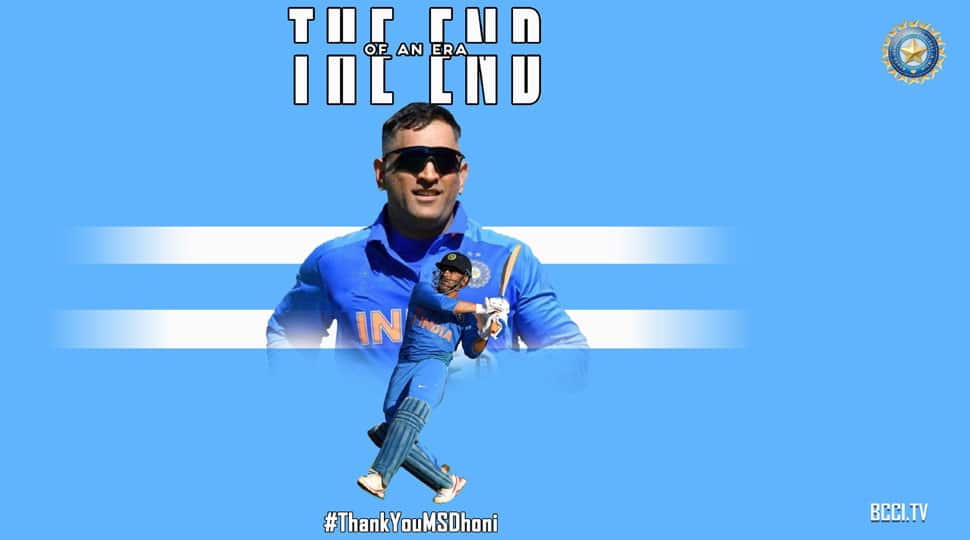 Dhoni, 39, is widely regarded as one of the world’s best ‘last ball finishers’, and he left everyone surprised on Saturday by announcing his retirement from the international cricket through a post on his Instagram handle. "Thanks a lot for your love and support throughout. From 1929 hrs consider me as retired," Dhoni wrote.

"Thanks.Thanks a lot for ur love and support throughout.from 1929 hrs consider me as Retired," Dhoni wrote.

The Board of Control for Cricket in India (BCCI) on Sunday (August 16) hailed Dhoni as a legend and inspiration and said that his retirement is like the 'end of an era'.  The BCCI wished Dhoni the very best and thank him for the wonderful memories.

"Captain. Legend. Inspiration. As former Team India captain MS Dhoni retires from international cricket, we wish him the very best and thank him for the wonderful memories. Thank You MS Dhoni," tweeted BCCI.

As former #TeamIndia captain @msdhoni retires from international cricket, we wish him the very best and thank him for the wonderful memories. #ThankYouMSDhoni  pic.twitter.com/ks70z4FYNL

Ganguly, who is now the BCCI president, termed Dhoni's retirement as "the end of an era" and said that it will not be easy to meet his leadership qualities.

"It is the end of an era. What a player he has been for the country and world cricket. His leadership qualities have been something which will be hard to match, especially in the shorter format of the game," said Ganguly.

You should be proud of what you have achieved: Sakshi after MS Dhoni's retirement from international cricket