An English daily had published photographs in which Stokes could be seen having his hand on his wife`s face during an award ceremony. 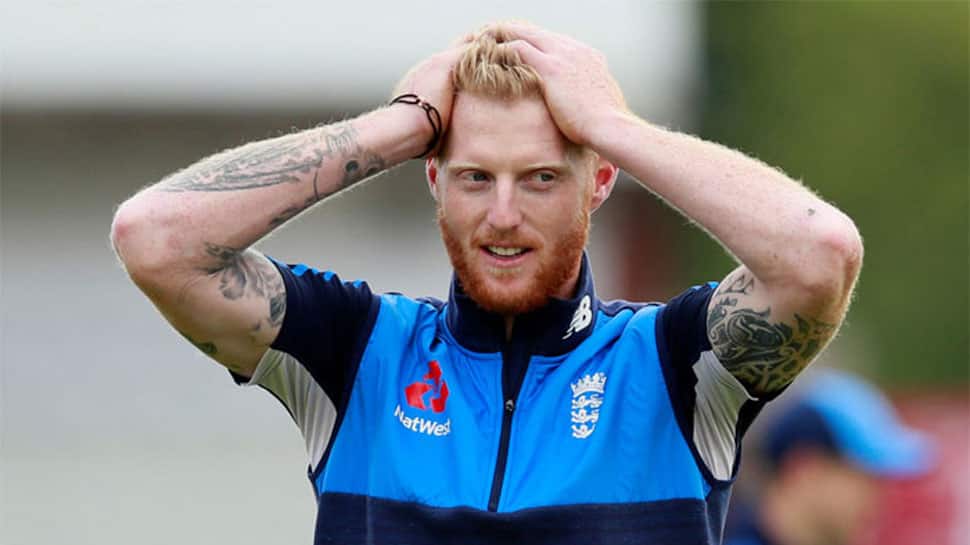 England all-rounder Ben Stokes` wife Clare has rubbished reports that the player tried to choke her during a party.

An English daily had published photographs in which Stokes could be seen having his hand on his wife`s face during an award ceremony.

These reports ended up instigating people to come up with allegations of a physical altercation between both.

Clare finally decided to break her silence and in a tweet, she said: "Unbelievable what nonsense these people will make up! Me and Ben messing about squishing up each other`s faces cos that`s how we show affection and some pap tries to twist it into a crazy story! And all before we then have a romantic McDonalds 20 mins later! @benstokes38".This post was later retweeted by Ben Stokes.

In September this year, Stokes had issued a statement against an English daily after they published a report about the cricketer`s "secret family tragedy".

"Today The Sun has seen fit to publish extremely painful, sensitive and personal details concerning events in the private lives of my family, going back more than 31 years," the cricketer`s statement had read.

The daily`s report claimed that his mother`s two children were killed by her ex in 1988, a few year`s before the cricketer`s birth.

The all-rounder called the publication "heartless and immoral" for their reportage and stated that their reporter went down to New Zealand to question his parents about this "incredibly upsetting topic."

"It is hard to find words that adequately describe such low and despicable behaviour, disguised as journalism. I cannot conceive of anything more immoral, heartless or contemptuous to the feelings and circumstances of my family," Stokes said.

He said that his family has worked hard to deal with the private trauma and to keep the "deeply personal and traumatic events" private.

After the conclusion of Ashes, he was also awarded England`s Man of the Series award.

The all-rounder also had a successful World Cup campaign as he scored 84 runs in the final against New Zealand to help his side lift its maiden 50-over World Cup.

The 50-over and super over action had ended in a tie, but England was adjudged as the winner as they had scored more boundaries in the match.