Kumar stated that Dhoni had been a vital performer for the side whenever asked to bat at any position. 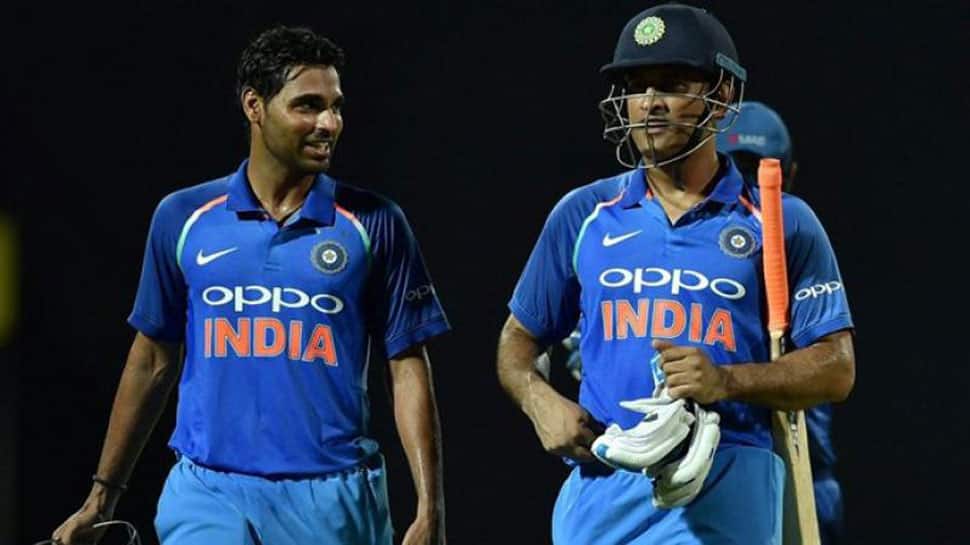 Indian fast bowler Bhuvneshwar Kumar has backed former skipper Mahendra Singh Dhoni, who was criticised for struggling to get going in the first ODI against Australia in Sydney.

Dhoni scored 51 runs in 96 balls in a knock comprising of three boundaries and a six, at a strike rate of 53.13. The wicket-keeper batsman stitched a 137 run partnership with opener Rohit Sharma to rescue the visitors after being placed at 4/3 at one stage.

However, India were defeated by Australia by a margin of 34 runs, with many citing Dhoni's performance as a key factor behind the loss.

Kumar stated that Dhoni had been a vital performer for the side whenever asked to bat at any position, confirming that there had been no talk with regard to the veteran moving up the order.

"It really doesn't matter where I want Dhoni to bat. It's what the management wants that matters the most," he said.

As far as he's concerned, he can bat anywhere from numbers one to ten. He's been doing that thing for the past few years. What is important is that wherever he has been asked to bat, he's been doing that pretty well," added Kumar.