Despite having one of the biggest film industries in the world, India have so far failed to produce a film on one of nation's greatest sporting moments. 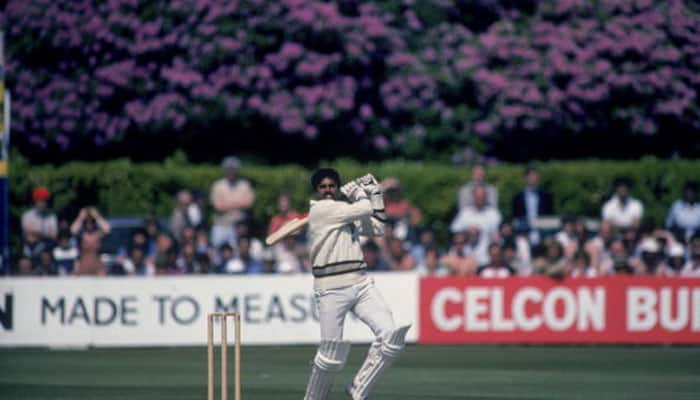 New Delhi: After the success of Sultan as out and out sports movie, Salman Khan has reportedly started another project based on India's 1983 Cricket World Cup triumph.

This yet to be named film will continue to make sports relevant in Bollywood. In the Olympic year, despite just about avoiding the ignominy of returning empty-handed from Rio, the tinsel town has seen the release of hits like Sultan and M.S. Dhoni: The Untold Story besides host of other sporting flicks. And the upcoming Amir Khan-starer Dangal is also expected to be a hit too.

According to reports, this film of India's path-breaking world cup win in 1983 will be produced by Salman Khan's sister Alvira and her husband Atul Agnihotri.

And preliminary reports claimed that this will be superstar's fourth venture with director Kabir Khan. They have produced hits Ek Tha Tiger and Bajrangi Bhaijaan, and currently engaged in Tubelight.

In September, Mumbai Mirror reported that Kapil Dev, who led the Indian team in the victorious campaign, and other members from the team will guide the production team.

"It goes on the floors later this year, as soon as Kabir wraps up the in-progress Tubelight with Salman Khan. A-list actors who play the cricketing heroes are in the process of being finalised. Kapil Dev, Madan Lal, Mohinder Amarnath, Kirti Azad, Krishmachari Srikkanth, Syed Kirmani, Yashpal Sharma, Balwinder Sandhu and even Sunil Gavaskar who had to skip the earlier meet because it was his 67th birthday, will be on board as mentors to the actors," the publication had reported.

Other reports claimed that Sanjay Puran Singh Chauhan was supposed to direct the film, but due to his non-availability, Kabir Khan was roped in.

Despite having one of the biggest film industries in the world, India have so far failed to produce a film on one of nation's greatest sporting moments.