Sarfraz made his international debut during his national side's One-Day International (ODI) clash against arch-rivals India at Sawai Mansingh Stadium in November 2007. 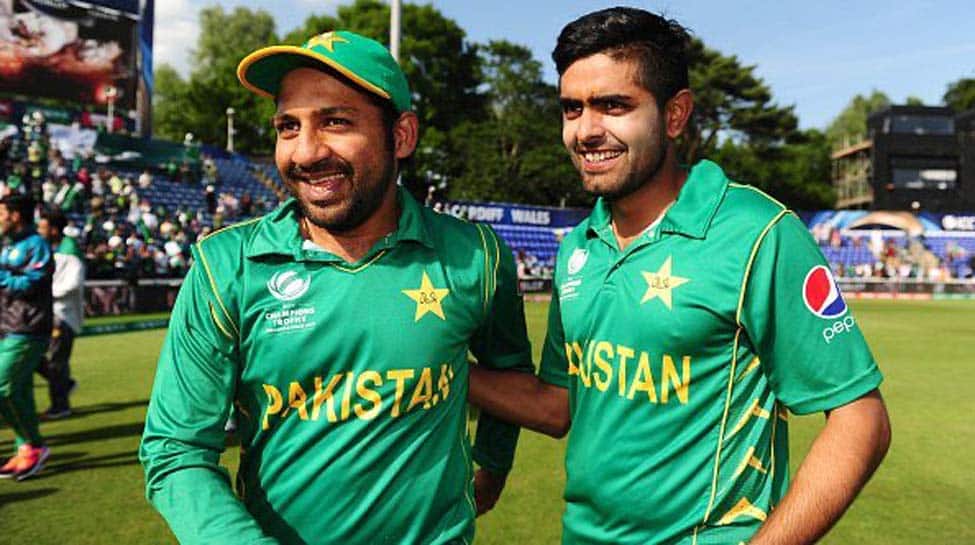 Former Pakistan skipper and experienced wicketkeeper-batsman Sarfraz Ahmed, who has appeared in a total of 223 matches for the national side across formats so far, was born on this day in 1987.

The International Cricket Council (ICC) took to its official Twitter handle and extended warm birthday greetings to Sarfraz, who turned 33 on Friday.

Posting a video of Sarfraz batting during his side's 2017 Champions Trophy clash against Sri Lanka, the world's cricket governing body informed its followers that the player led Pakistan to glory during the prestigious tournament.

He led Pakistan to the 2017 Champions Trophy title

WATCH his knock against in the tournament that helped through to the semi-final pic.twitter.com/UEh1UZ2oOY

Sarfraz made his international debut during his national side's One-Day International (ODI) clash against arch-rivals India at Sawai Mansingh Stadium in November 2007.

He went on to make 116 appearances for Pakistan in the 50-over format of the international cricket and scored a total of 2,302 runs in it, including two centuries and 11 half-centuries.

Sarfraz, who received his first Test cap during a series against Australia in January 2010, has featured in a total of 49 matches for Pakistan in the longest format of the game and amassed 2,657 runs in it at an average of 36.4.

Besides this, he also played in 58 matches for Pakistan in the shortest format of the game, notching up a total of 812 T20I runs.

Sarfraz was appointed as Pakistan's T20I captain after the 2016 International Cricket Council (ICC) World Twenty20 in India before being also named as ODI skipper after Azhar Ali stepped down from the position in February 2017.

Following the retirement of Misbah-ul-Haq in May 2017, Sarfraz was also appointed as the side's captain in the longest format of the game.

Under his captaincy, Pakistan won the Champions Trophy for the first time in 2017 after clinching a crushing 180-run victory over India in the final at The Oval.

In April 2019, he helped Pakistan win five out of nine league matches of the ICC Cricket World Cup. However, the Pakistan cricket team failed to make it to the semi-final.

Sarfraz was sacked as captain of Pakistan's team following the team's poor run of form ahead of the side's tour of Australia in October 2019.