Play has been scheduled to start 30 minutes earlier on Day 2 to try and make up some of the overs lost on Day 1. 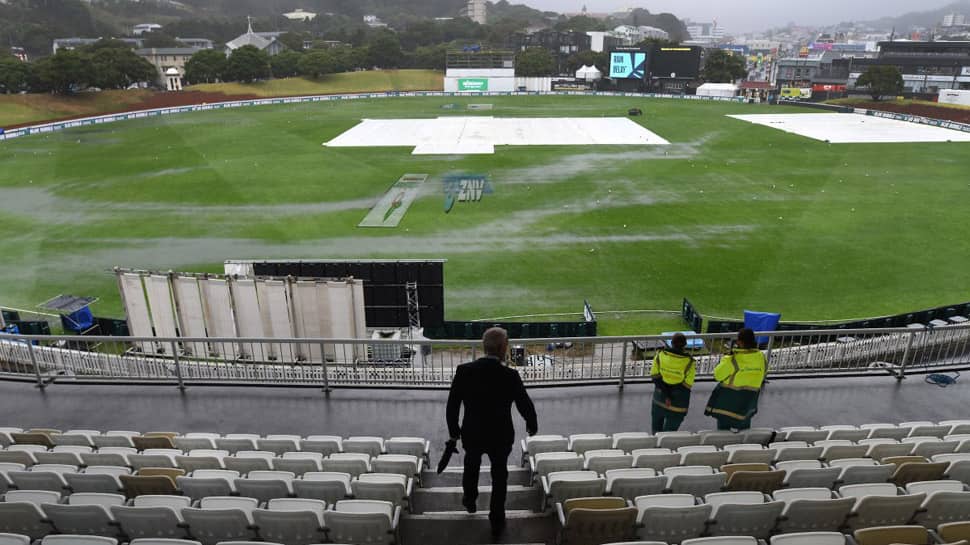 New Zealand and Bangladesh coaches agreed, that whoever wins the toss in the second Test is likely to benefit from a seam-friendly pitch that is only going to assist the bowlers further after torrential rain washed out the first day on Friday.

Umpires Paul Reiffel and Ruchira Palliyarugue, had a pitch inspection and abandoned the day's play without a ball being bowled.

"I'd imagine there will be plenty in it for the bowling team for certainly the first two days, maybe even longer. It looked a pretty green wicket, really well grassed," New Zealand coach Gary Stead told reporters at the Basin Reserve.

"My view is it is likely to be on the slow side early on and hopefully some sun and wind gets on it, then it might speed up and flatten out a wee bit," he added.

While play has been scheduled to start 30 minutes earlier on Saturday to try and make up some of the overs lost on Friday, rain is still forecast with showers expected for the rest of the day.

Bangladesh coach Steve Rhodes said, he was certain the wet weather would aid the team that won the toss.

"There's a lot of moisture around and I'd imagine tomorrow morning the wicket will do quite a bit first thing. It makes the toss quite crucial," the Englishman said.

While neither team was confirmed, the weather may see New Zealand go with a four-pronged pace attack with Matt Henry replacing leg-spinner Todd Astle.

Play, however, is also likely to be disrupted on Sunday as well with showers forecast and not expected to clear until the scheduled fourth day's play on Monday.

Stead said that while the Basin Reserve wicket had proved to favour batsmen in the past, there was still the possibility of a result.

"Anything can happen in cricket and we don't want to be caught short in our thinking. Knowing some of the first-class games that have been here in the past, you still can get results quickly," added Stead.

New Zealand lead the three-match series 1-0, after an innings and 52-run victory inside four days in the first match in Hamilton.

The third Test is scheduled for Christchurch's Hagley Oval from March 16-20.