Wade was ultimately dismissed in the last session of the day by Colin de Grandhomme after scoring 38 runs. 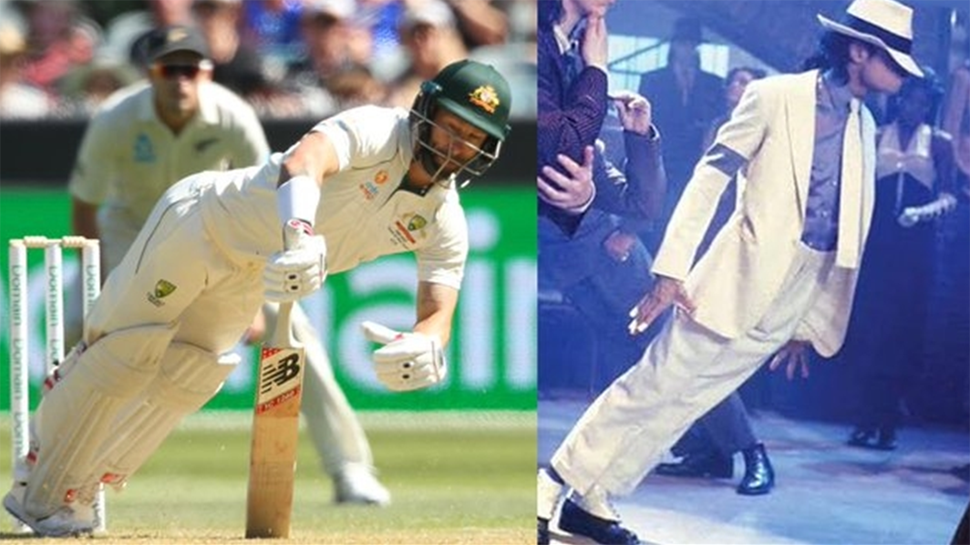 Melbourne: Australia wicketkeeper-batsman Matthew Wade had to face a lot of short-pitch stuff from New Zealand pacer Neil Wagner in Perth during the first Test which they won by 296 runs. While dealing with them, Wade had come out with bizzare ways because of which he was all over the internet.

On Day One of the ongoing second Test at the Melbourne Cricket Ground (MCG), the left-handed batsman once again made it to the trends on social media for his 'Michael Jackson' move on the pitch.

Wade, who came out to bat on Thursday after Marnus Labuschagne got out, was treated with a barrage of short-pitched stuff from Wagner, Tim Southee and Trent Boult. However, a delivery left him in a bit awkward position. The position of Wade, while facing that delivery, was quite similar to Jackson's 'Anti-Gravity' lean from hit song 'Smooth Criminal'.

Cricket Australia shared a comparison of Wade's body shape with MJ's dance move. They tweeted: "Wadey, are you ok? Are you ok, Wadey?"

The 32-year-old was ultimately dismissed in the last session of the day by Colin de Grandhomme after scoring 38 runs.

At the close of Day 1, Australia reached 257/4 with Steve Smith and Travis Head batting on 77 and 25 respectively.

Vaccination campaign will start across the country from tomorrow