The duo will share their immense knowledge, experience and expertise with the 13-member squad ahead of two-match Test series. 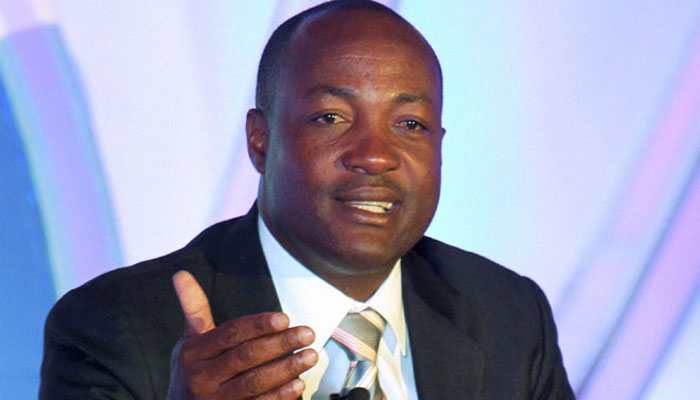 Former cricketers Brian Lara and Ramnaresh Sarwan will help the batsmen of the West Indies cricket team to tune up ahead of the upcoming two-match Test series against India, beginning August 22 at Sir Vivian Richards Cricket Ground in Antigua.

Lara, who was one of the greatest batsmen of all-time, and Ramnaresh Sarwan, who was one the leading players of his generation, will be a part of the Caribbean side's pre-series camp to be held in Antigua ahead of the opening India Test.

The duo will share their immense knowledge, experience and expertise with the 13-member squad ahead of two-match Test series.

Welcoming the two players for coming on board, Cricket West Indies’ (CWI) Director of Cricket Jimmy Adams thanked Lara and Sarwan for taking out their time to interact with the young batsmen as they get ready for this crucial two-match series – which will mark the beginning of the new ICC World Test Championship (WTC) for both teams.

“We have some good young batsman in the team who we believe will form the future of West Indies cricket. We saw some very good signs of development earlier this year in the Test matches when we played so very well to beat England and we want to see them grow and become outstanding players for the West Indies,” the West Indies Cricket official website quoted Adams as saying.

“We have taken the step to have Brian and ‘Ronnie’ work with these players, who have demonstrated a will to learn and succeed. We know they still have the passion and love for West Indies cricket and are eager to assist and share their information with the present generation," he added.

Lara is the leading runscorer in the history of West Indies with a total of 11,953 runs in 131 Test matches he played during his illustrious cricketing career. He was also the only batsman to reach a quadruple century in Test history when he scored 400 not out against England in in Antigua in 2004. Lara also holds the record for the highest first-class score of all time – the monumental 501 not out for Warwickshire in the English Country Championship.

Will continue to experiment as we look to build a legacy: Ravi Shastri