It was fitting that on his first Father’s Day as a new dad, Rohit Sharma should produce a match-winning performance for India – especially as he credits his daughter for his current stellar form. 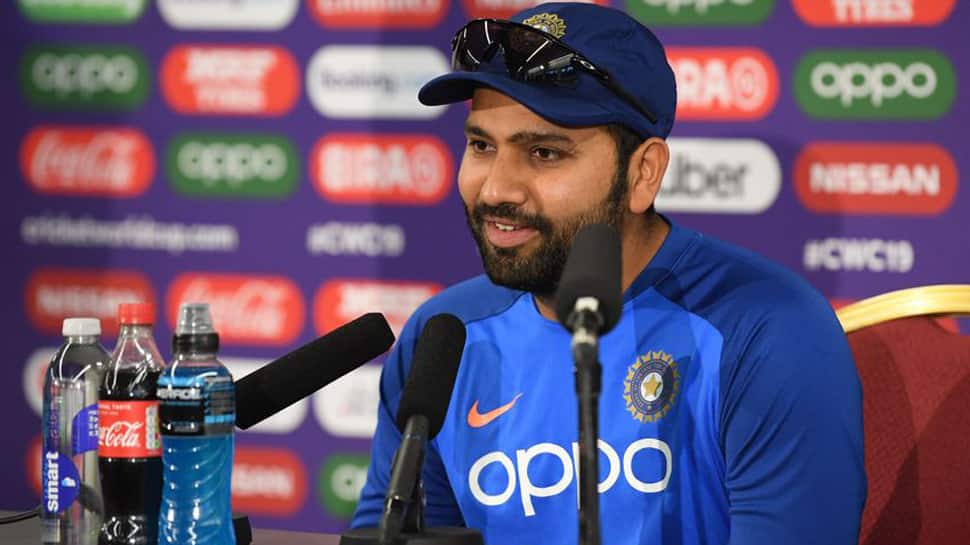 It was fitting that on his first Father’s Day as a new dad, Rohit Sharma should produce a match-winning performance for India – especially as he credits his daughter for his current stellar form.

Sharma’s wife Ritika gave birth to the couple’s first child, Samaira, back in December and the opener claims that life-changing moment off the field has provided him with the serenity needed to excel out in the middle.

Pakistan certainly won’t argue that the 32-year-old wasn’t at his brilliant best as he plundered 140 from just 113 balls, helping his side to a convincing 89-run win at Old Trafford.

That knock also means Sharma joins Sachin Tendulkar, Ajinkya Rahane and Virat Kohli (twice) as the only men to score 50+ in five consecutive ODI innings for India, so Samaira’s impact has clearly been potent.

“The space I’m in right now is a very good place in my life,” Sharma told ICC. “Having a newly-born daughter has put me in a good space.

“I’m enjoying my cricket, I was coming off a great IPL campaign and have started well at this World Cup.

“We know how important it is to start well at a World Cup, so the focus was on that first of all. As a team we’re heading in the right direction. It’s important to keep ticking all the boxes.

“The crowd come to matches for entertainment and we were really good as a team. We really wanted those two points following the washout last time and we wanted to display our skills because we’ve been in good form.”

Sharma was opening the batting with a new partner in KL Rahul, due to Shikhar Dhawan’s hand injury.

The duo appeared to click instantly, putting on 136 for the first wicket – a record opening partnership in an ICC Men’s Cricket World Cup match between India and Pakistan.

That set a perfect platform for India to reach 336/5, establishing a strong position that they turned into victory, and Sharma says everything went to plan.

“The crucial phase of the innings was the first phase and not losing a wicket was vital,” he added. “As an opener, it’s your job to make sure you don’t lose too many wickets up front.

“In conditions like that, it’s more of a new ball game and the opposition can put pressure on you if they get going. We wanted to build a platform and tried to take the game forward after that.

“It was KL’s first game as an opener for India, so I wanted to make sure he was comfortable.

“There’s a challenge you face in terms of understanding – when he wants to run two when I want to take singles and things like that.

“We had lots of communication out there and hopefully we can build on it now I know he will be opening for the next few games.”