Imam Ul-Haq shoulders such heavy responsibility for a man whose best years are only just beginning. 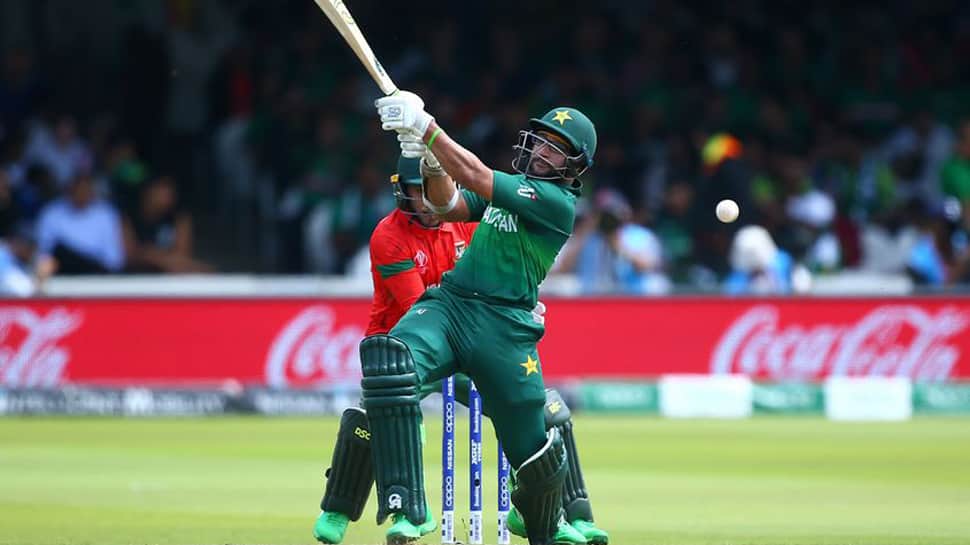 Imam Ul-Haq shoulders such heavy responsibility for a man whose best years are only just beginning.

At just 23, expectation is no stranger to a man for whom big things were dreamt when he could first lift a bat. Having Pakistan legend Inzamam Ul-Haq for an uncle will do that to you.

It brought with its critics and pressure, both internal and external, as he donned his country’s colours for the first time – with talk of family influence never far away.

A hundred on ODI debut alleviated any doubts. Now becoming his country’s youngest World Cup centurion, at Lord’s no less, has washed away opinions that suggest Iman is not a class act in his own right.

To lay the opening bat’s drive and desire, his ability and tenacity solely at the door of his family tree would do an injustice to one of the top batting talents of Pakistan cricket.

In 35 innings he has scored seven centuries, with five further scores of 50 or more, becoming the second fastest player to reach 1,000 runs and boasting the fifth-highest average of all-time after 20 innings.

But with that comes increased demand to lead his side from the front – and he certainly knows it.

A century against Bangladesh in this, his last 2019 World Cup outing, was by no means worth knocking but for Imam, the disappointment of matches past was still on his mind.

He was quoted by ICC as saying: "I think the Australia defeat hurts me a lot. I was set and playing well. I should have won that match for Pakistan.

“We lost four quick wickets and I think I should have won that game and we would have beaten a big team in the World Cup.

"I had starts but couldn't score big. I am very young so I have learned a lot in this World Cup. What mistakes I have committed; I have learned from them and I am sure that will help me.”

That knock of 53 against Australia almost a month ago marked his best innings until now but it was the runs he didn’t score that left the biggest impact, having been caught down the legside.

Pakistan were 136/2 at the time chasing 308. But Imam’s wicket brought on a collapse that saw them fall 41 short of a big scalp. How crucial that result, many a game since, feels now.

But it’s to the future where Pakistan must now look – and they couldn’t have asked for much of a better glimpse than Imam’s hand against the Tigers.

Determined to learn after the Taunton disappointment, a high score of 44 from four further innings was far from the ideal way to write any personal wrongs.

But Lord’s provided the perfect setting of a knock far more becoming of a man averaging north of 50 in 50-over cricket.

It began patiently as Pakistan, at 38/1, registered their joint-lowest powerplay of the World Cup, a crunching drive the highlight for a man who doesn’t faze easily.

From hard strokes came even harder running, a well-pushed three earning Imam 50 from 52 balls but the celebration, if that’s what you could call it, was muted. Work still to be done.

Babar Azam provided the entertainment en-route to scoring the most runs by a Pakistan player in a single World Cup but while he provided the style, his partner was providing the substance.

Babar went for 96 but Imam held firm, responding in kind with a sizzling square drive and then some intent, Shakib Al Hasan the victim of his slog sweep.

For a man so easy on the eye on the drive and off his hips, anything resembling a slog feels almost unbecoming. Fitting it was, therefore, when three figures were brought up with a gentle push down to long on.

One hundred runs, 99 balls, no Pakistan player younger to the milestone in World Cup cricket.

Record books rewritten but Imam, and the crowd, wanted more – such is his thirst for runs and their desire for a talented batsman to do what he does best.

But while this occasion was not to be – out hit wicket when playing off the back foot – few would put it beyond the 23-year-old to keep breaking record after record in ODI and World Cup cricket alike.

For now though, Imam Ul-Haq can sit content, knowing that a place on the Lord’s honours board for ODI cricket is forever his. Not even Inzamam can boast that.